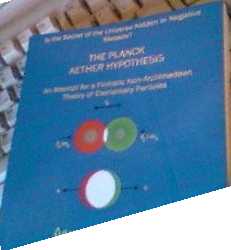 View count: 1
Buy it now
The Planck Aether Hypothesis: An Attempt for a Finitistic Non-Archimedean Theory of Elementary Particles
by Friedwardt Winterberg

Websites: www.physics.unr.edu/FacWinterberg.html en.wikipedia.org/wiki/Friedwardt_Winterberg
Read it now online
Prof. Winterberg, based on fundamental results of great Max Plank, states the new concept of matter construction. There are references to 127 known physicists in the book. Remarking that modern physics condition is similarly critical centennial situation, he points to origin new "three clouds" on a blue horizon of theoretical physics. There are the riddle of quantum gravity, the vanishing Einstein's cosmological constant, the superluminal quantum correlations. He offerred the original concept of symmetry of masses - positive and negative. Having done fundamental analysis of Planck's constants, Prof. Winterberg, does much unexpected conclusions, which will very interesting for physicists - theorists. The book is possible to gain in many places through Internet. On our site you may read separate fragments of this book, which will be published according Prof. Winterberg's permit. 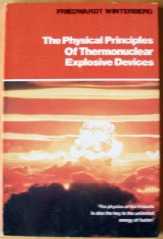