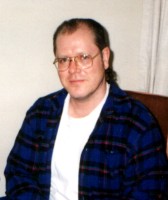 In 1980, Steven became interested in the Dean Drive. Since then, he has conceived nine inertial engines and hand-built eight working prototypes for various applications, most of which are not Dean Drives. One drive displaces a ballistic 4-line pendulum while running. Another is an electronic recoilless jackhammer drive. In 2006 he completed inertial engine E-8, a dependable inertial propulsion spacedrive that loses 70% its weight while running on a floor scale.