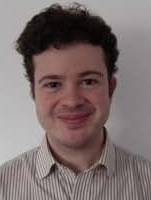 
Alexandre Alves Martins graduated in Physics Engineering (5 years course) in 1999 from FCT/UNL in Lisbon, where his Project & Trainee work done during the final year of his course was to develop a system to receive radiation (visible and UV) from a magnetron sputtering discharge inside a vacuum chamber for analysis purposes. Later in 2004 he completed his Master course (2 years course) in IST/UTL in Lisbon, where he was responsible for the construction of an adequate system to produce a plasma discharge by surface wave excitation, and respective 3D diagnostic tools, namely, optical diagnostics, electrostatic probe diagnostics, electric and magnetic field diagnostics and a system of data acquisition. During this time he developed software which allowed a computer to control the 3D position of the referred diagnostic means, a data acquisition board for analogical and digital data and also full control of a spectrometer.

At the present time he is finishing his PhD thesis ?Plasma and Electromagnetic Propulsion? (4 years course) in IST/UTL where he dedicated himself to the study of Electromagnetic-Hydrodynamics for the purpose to accomplish active flow control to manipulate the boundary layer and lift in airplane wings, using both alternating current and direct current (DC) excitation systems, but focusing mainly on the development of highly efficient DC systems. As part of this work he studied a new type of plasma actuator related to asymmetric capacitors (first developed by Dr. Townsend Brown) both in the atmosphere and in a vacuum. For the first time a proper scientific explanation was provided for this innovative asymmetric plasma actuator, which has the property to lift itself up in the air, due to an electrostatic force interaction between the capacitor elements (mainly the ground) and the surrounding charge cloud (provided by the corona wire).

The author continues to develop his work studying the propulsion performance of asymmetric capacitors in a vacuum which show great promise for the future, as well as several other different and promising electromagnetic propulsion systems.