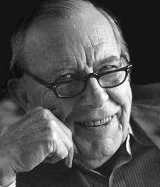 Considered by Colin Wilson to be "one of the most important volumes of cosmology published in the past 25 years," The Reflexive Universe discloses a common ground between mysticism and quantum physics, between esoteric thought and the teachings of modern science. In this, his major work, Arthur Young carefully integrates scientific laws with the evolution of consciousness and develops a seminal paradigm: that quantum physics restores the spiritual origins of existence by discovering that light -- not matter -- is fundamental.

Integrating the findings of modern science with ancient wisdom, this seminal work offers a paradigm for resolving the schism between spirit and matter. Arthur Young's Theory of Process provides a model for the evolution of consciousness out of light (the quantum of action), offering hope for an age in search of value and meaning. This is a facsimile of the original 1976 Delacorte edition, with typographic corrections in the text and a new introduction by Huston Smith. - http://www.amazon.com/

View count: 1
Buy it now
The Geometry of Meaning
by Arthur M. Young

Arthur Young conceived of The Geometry of Meaning as an essay in philosophy, but philosophy in the older sense, encompassing the natural sciences, exploring the implications of science, and dealing with the relationship of the knower and the known. At the heart of this book is what he called the "Rosetta Stone of meaning," a diagram of relationships based upon the twelve measure formulae of modern physics, which he used to describe the interaction of mind with matter.

Arthur M. Young invented and created the Bell helicopter, the bubble-topped device we know from MASH, and the first commercially licensed helicopter in the country (and I think the world.) The same pragmatism, insight, and stubbornness that enabled him to realize that creation gives him the brainpower and audacity to come up with a theory of meaning that derives, in a flat-footed way, from equations of high-school physics. It stretches your brain in a direction, and to an extent, that will surprise you. I first read this book in the late 70's, and while it has attracted some following, it remains largely undiscovered. I have reread it twice recently and I see more each time. The Reflexive Universe is the sequel, and it is equally wonderful. AMY's thinking can be sampled at arthuryoung.com. - www.amazon.com