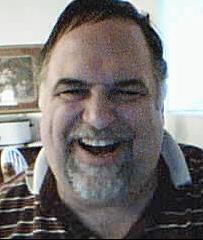 I have been married to my wonderful wife Marilyn for more than 28 years. We have three grown sons, four granddaughters and a toy poodle! We live in the beautiful City of Spokane in the State of Washington, in the Pacific Northwest Corner of the contiguous United States.

I have been active in New Covenant Fellowship for almost thirty years. I play the 'cello and am learning the violin and the piano; however, inventing things is my all-consuming major hobby;

I have quite a few college credits, but could not finish my first degree in music education due to health issues that have continually plagued me; nonetheless, I have used my time well. I read voluminously, mostly technical literature. I have accumulated quite a few credits in Math, Science and miscellaneous mechanical & electronic engineering classes. When I can't think of anything new to think about, I read patents online!

As far back as I can remember, I have had a burning thirst to learn anything and everything about Space and to somehow go there myself! I was born in summer of 1957, just before the launch of Sputnik, when Earth still had only one Satellite! People talked about Sputnik for years! Some of my earliest memories recall the early days of the first rockets blowing up on the launchpad! I remember how amazed everyone was when John Glenn and Alan Shepherd bravely each climbed aboard their Rockets. We all held our breath, dreading the moment when they too would blow up!!!

As I grew older it soon became apparent to me that the Space Program was needlessly complex and many times too expensive. It is astonishing that we ever made it to the Moon even once, with so many special interests tripping over each other to get a piece of the money! I began to realize, if I was going to go to Space, I was going to have to invent my own ride!!! My three boys who were still in grade school came up with the acronym SCOTTY!

I came up with a lot of really creative ideas of my own and considered the ideas of others! I looked into all sorts of so-called alternative science; nonetheless, Z-PEC & LPD are my first major ideas that are based entirely on conventional scientific norms and existing technologies ! ! !

Now my three little boys are three strong men who are eligible for the draft and wars loom as far as the eye can see. I am really hoping that Z-PEC will help World Peace by ending reliance on fossil fuels. We can use some of that money to build a world economy that is based on abundance rather than on contrived shortages and planned obsolescence! We will be able to inexpensively travel anywhere on Earth in a few short hours; hopefully, people will take the time to get to know each other voluntarily before they have to get acquainted on a battlefield!