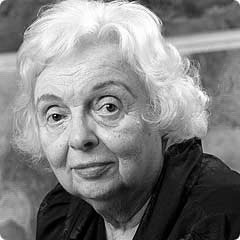 Tharp was born in Ypsilanti, Michigan. Her father, William, made soil classification maps for the U.S. Department of Agriculture. Her mother, Bertha, was an instructor in German and Latin.

Moving to New York in 1948, Tharp was employed by Maurice Ewing at the Lamont Geological Laboratory (now the Lamont-Doherty Earth Observatory) at Columbia University, initially as a general drafter. There, Tharp met Heezen and their early work together used photographic data to locate downed aircarft from World War II. Later, they began working together to map the topography of the ocean floor. For the first 18 years of their collaboration, Heezen collected data aboard the Observatory's ship, the Vema, and Tharp drew the maps from that data (since traditionally, women were not allowed on board ships at that time, Tharp did not accompany Heezen on a data-collecting expedition until 1965). Tharp also used data collected from the Woods Hole Oceanographic Institution's research ship, the Atlantis, and seismographic data from undersea earthquakes. Their work represented the first systematic, comprehensive attempt to map the entire ocean floor.

Heezen and Tharp published their first physiographic map of the North Atlantic in 1957. Collaborating with the Austrian landscape painter Heinrich Berann, their map of the entire ocean floor was published in 1977 (coincidentally, also the year of Heezen's death). Although at the time they favoured the expanding Earth hypothesis, Heezen and Tharp's mapping of the Mid-Oceanic Ridge helped pave the way for general acceptance of the alternative theories of plate tectonics and continental drift.

Tharp continued to serve on the faculty of Columbia University until 1983, after which she operated a map-distribution business in South Nyack, New York during her retirement.