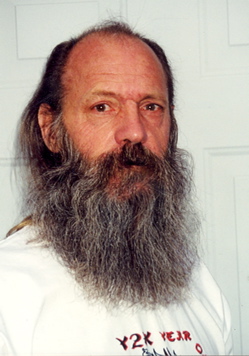 Dr. Sonne Ward was born in Rexburg, Idaho and now resides in Hamer, Idaho. He is the founder and President of Nova Plasma Technologies, Inc. The corporation was formed in June of 1996. It is dedicated to research and development in the field of Implosion Technology. Incorporated for the specific purpose of design engineering and management services and construction, pharmaceutical testing including all micro and macro nutritional substances, and water chemistry.

Dr. Ward was nominated into the International Hall of Fame by the Inventor?s Club of America in 1996 for the implosion theory award and received a plaque. In 1997 Dr. Ward was again inducted into the International Hall of Fame for his work in the natural health field and research of non-polluting fuels for engines. He received an Honorary Degree Doctor of Science and Technology.

He has been published by the International Tesla Institute of Colorado Springs; Electrifying Times of Bend, Oregon; New Energy News of Salt Lake City, Utah; Exotic Research of Mesa, Arizona; Global Science of Denver, Colorado; Club of Choices Houston, Texas; Extraordinary Technology of Queen Valley, Arizona; Zeiten Schrift of Berneck, Switzerland; NET-Journal of Egerkingen, Switzerland; etc. He has also lectured for all of the above on several different occasions as well as many other organizations.

In addition, Dr. Ward has appeared on several news broadcasts of local television and radio stations. He also appeared on Star TV in Germany for a talk show. He has been published in newspapers for over fifteen years. All his lectures have been centered around implosion technology.