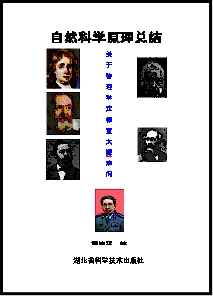 The Summary and Correction of Natural Science Principles

Qing Zeng
Natural science development benefits humankind and has brought civilization and progress to the world. More than two thousand years of scientific development history recorded the great achievements of the science pioneers who made great contributions to human civilization. But it is regretful that the three big disputes including light velocity measuring dispute, electromagnetic induction dispute and time-space dispute are still beyond solution. More concerns have been made on the above disputes in the past hundreds years in order to further the science development to a high level.

The book makes a complete investigation on the history of science development, summarizes the laws of classic physics and modern physics, states the electric wave generating mechanism and the radiation model, and reveals the principles of light motion nature and variable light velocity. The conclusions are: Time is absolute and one-directional, space is absolute and isotropic, light velocity can be able superposition, General Lorentz magnetic force is reasonable, magnetic wave and electric field wave are independently radiant, Einstein\'s relative theory is absurd, and the curl theory of free space is a mistake. The conclusions have negated the relative theory of Einstein and the curl theory of Maxwell, supported the Newton- Galileo time-space view and Lorentz magnetic force, and solved the three problems of the light velocity dispute, electromagnetic induction dispute and time-space dispute. Reasonable interpretation, instead of fame, should be the best solution to all the science truth, and the Nobel prize judges and more physicists are expected to pay more attention to my research, and then all the different views and refutes from readers are welcome.

You can read 18 pages of description of each chapter including preface, conclusion, and postscript by click on the link \"Read some of its content now\" above.