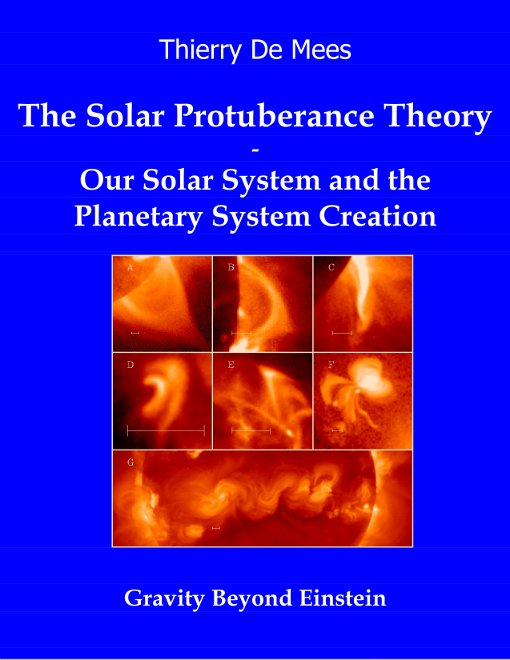 Thierry De Mees
One day in 2004, I discovered the mainstream nebula theory which is supposed to explain the creation of our planets, and I was astonished. There were many suppositions needed that didn\'t even hold, to obtain the planets out of a nebula around the Sun. Why couldn\'t the Sun itself, a gigantic reservoir of energy, not be at the origin of the planets? When I investigated that possibility, I rapidly came to the concept of a solar explosion, and month after month I steadily found new evidence to support that hypothesis, without any other suppositions than that of the Huge Solar Protuberance. Nothing followed so easily and logically out of my pen than the calculations and the evidence of this new paradigm.