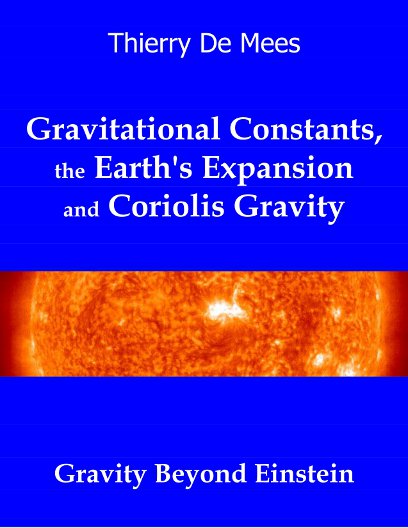 Thierry De Mees
Is not everything settled with Gravitomagnetism, the analogy of electromagnetism for gravity, with which I explained the formation of disk galaxies without dark matter, the shape of supernova and hourglass stars, and many other phenomena? Is there more to be told?

In this little booklet, I show that one of the parameters that are used to define the Sun\'s dynamics can be expressed by the other parameters. In other words, the Sun\'s gravity is defined by its angular velocity and its radius.

This amazing property finds its origin in the way how particles interact, and the way how I expect that all kinds of forces work: by a Coriolis effect between particles.

Henceforth the calculus of the Gravitational Constant is possible.

Linked to this phenomenon is the expansion of spinning objects, like the Earth, the Sun and the stars. This occurs by gravity as well, and this can be explained by both the Gravitomagnetic as the Coriolis approach.

Discover in the next few pages how these new gravitational realities take form.