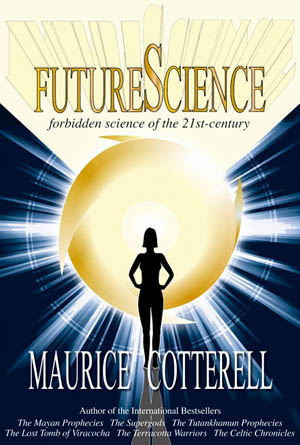 Maurice Cotterell
FUTURESCIENCE explains how electricity and magnetism work together to produce the force of Gravity and in so doing reveals the underlying science behind Newton\'s equation that he tried in vain to uncover; the reason why Gravity is proportional to the masses of two attracting objects, why it grows weaker in proportion to the square of the distance between them, the nature of the mysterious \'Gravitational Constant\'?that continues to perplex researchers to this day?and why all objects accelerate to Earth at 32 feet per second.

It explains why the atom is comprised of 8 orbital shells and why the shells fill with electrons the way that they do.

It explains how permanent magnetism works at atomic level, the nature of so-called \'dark matter\', the reason why spiral galaxies are spiral shaped, why the centre of the Earth is red-hot, and how the Earth\'s magnetic field is generated.

It explains how the 28-day spinning Sun regulates fertility in females, how it determines human behaviour and personality (Astrology) and how it causes global-warming-and-global-cooling.

The Author returns to the beginning of \'time\' to explain how the Universe began and reveals the first ever pictures of God, and Jesus, decoded from the treasures of ancient sun-worshipping civilizations.

FUTURESCIENCE is for the general reader with no previous knowledge of Science.