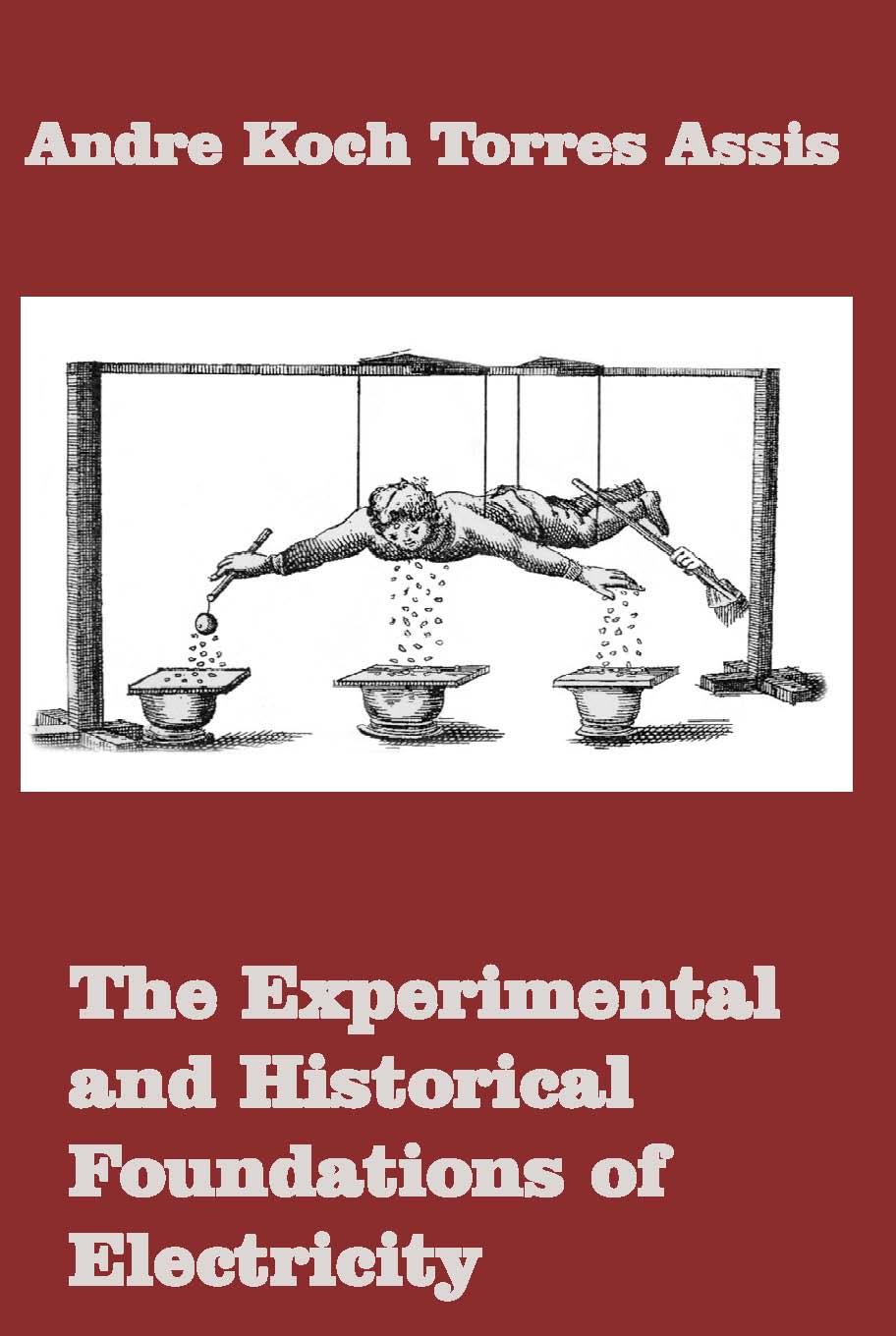 Andre K. T. Assis
The Experimental and Historical Foundations of Electricity deals with the most fundamental aspects of physics. The book describes the main experiments and discoveries in the history of electricity. It begins with the amber effect, which is analogous to the usual experiment of attracting small pieces of paper with a plastic rubbed in hair. It is explained how to build several instruments: versorium, electric pendulum, electroscope and charge collectors. It is discussed electric attraction and repulsion, positive and negative charges, and the ACR mechanism (attraction, communication of electricity, and repulsion). It is analyzed the concepts of conductors and insulators, together with the main differences in the behaviours of these two kinds of substances. All experiments are clearly described and performed with simple, inexpensive materials. These experiments lead to clear concepts, definitions, and laws describing these phenomena. Historical aspects are presented, together with relevant quotations from the main scientists. The book presents an exhaustive analysis of the work of Stephen Gray (1666-1736), the great British scientist who discovered conductors and insulators, together with some of their main properties. A large bibliography is included at the end of the work.