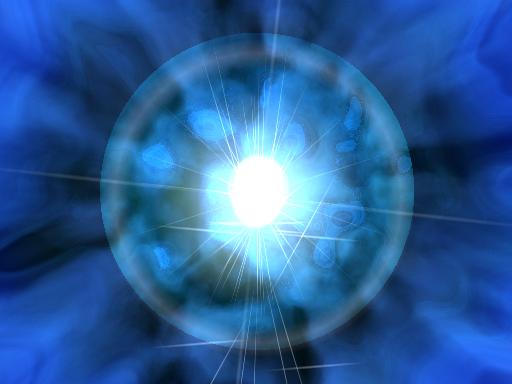 Of all the areas in independent science, the study of energy has probably received the harshest and most unjust criticism. The age-old, predictable response from conventional critics is that "it sounds like perpetual motion, and that's been proven impossible." More than anything, the criticism reveals the ignorance of the critic, because the vast majority of new energy researchers don't claim to violate conservation of energy, but rather to extract it from the environment in new and unconventional ways. They attempt to construct "open systems", which allow environmental energy to flow in, possibly in excess of the losses inherent in any real physical system. For example, wind or watermill systems are traditional "open systems", in which tapping the energy of the wind or river doesn't eventually cause the wind or river to cease flowing. Clearly if energy is conserved, we're not running out of it, but simply losing it to unusable forms such as "heat". The important question is, does nature provide reservoirs of energy that can be tapped and yet replenished? In other words, are there things in nature that will return to a higher energy state after we've extracted energy from them? Many mavericks claim yes.

What sort of things does nature return to a higher energy state after being tapped? Materials that naturally provide dipoles, or separations of opposites. If we had a voltage source different than "ground", say, the potential difference between it and ground would provide an endless source of energy. That is, the energy source would come from the dipole itself, which nature would naturally replenish. But what materials provide dipoles? The two most obvious are water, with an electric dipole, and ferromagnets, composed of magnetic dipoles. Could we shock water into a higher energy state, and tap its energy as it returns to a normal dipole state? Could we "shake up" a magnet, neutralizing its dipole, and tap its energy as the dipole returns it to a lower energy state? These materials are VERY unusual, because most materials are dipole-free in their lowest energy state, whereas water and magnets have HIGHER energy when dipole free, for whatever reason. What about the spherical dipole of the atom itself (positive nucleus and negative shell)? Electrical potential gradients in the atmosphere? Resonance associated with the rotation of the earth? The list goes on, with the common factor being something in nature that provides some kind of dipole.

If the idea of nature providing dipoles sounds naive, consider current sources of energy. In 1800 Alessandro Volta introduced the Voltaic pile, which arose from the natural dipole arising simply by placing dissimilar materials adjacent to each other. Interestingly, this principle is not only the basis of semiconductors, but an area of intense research today. One early energy maverick, T. Henry Moray, who in the 1920s tapped energy from his "Swedish stone", also invented an early version of semiconductors from this same unusual stone. Vacuum tube inventor Lee de Forest (1906) conducted research in "chiral" or optically active materials, whose unique properties might also be tapped, especially in juxtaposition with other materials. Many mysteries remain regarding chiral and other special materials, and only smugness prevents mainstream science from exploring possible applications of these materials as an energy resource.

A related approach concerns resonance and integrates with concepts of structure. When an electrical circuit is first activated, as when one flips a switch, transient fluctuations dominate for a brief interval until the circuit settles into a steady state. In conventional engineering, this transient "noise" is regarded as a nuisance to be minimized, whereas many new energy researchers see it as a potent, yet untapped source of energy. Can we could capture this transience, they ask, with an "energy diode", so those fluctuations are put to work rather than lost? The transience occurs in the first place because the material has certain resonant properties, ultimately based on its very structure. What if we "flipped the switch" with the same frequency as the transient response? Would the response grow without bound? This is the misunderstood argument of Nikola Tesla, thw inspiration for many new energy researchers today.

How are we to understand all of these ideas theoretically? First, by defining what energy really is, something mainstream science complacently believes it already understands. Many independents explain their anomalous results in terms of electromagnetic Poynting vectors, "zero point energy", or the Cassimir effect. The energy to be tapped, they claim, actually resides in space in enormous quantities, needing only coherence to be rendered usable. Surprisingly, mainstream scientific literature itself contains volumes of material in support of these ideas. New energy theorists also challenge conventional wisdom regarding entropy and the Second Law of thermodynamics, and ask whether certain systems under certain conditions can be made to "self organize", in harmony with the work of Nobel Laureate Ilya Prigogine, maverick Per Bak, and others. Without doubt, science will benefit from exploring new paradigms in our understanding of energy and entropy.