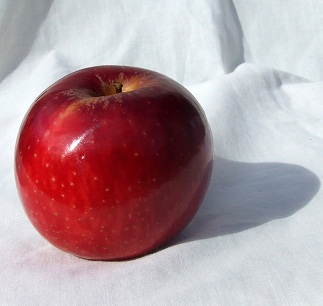 Mainstream science believes it has nearly unified the fundamental forces, electromagnetic, strong and weak, yet one force remains aggravatingly elusive: gravity. What is it? Why do we have gravity? Meaning heaviness, as opposed to levity or lightness, the term gravity was coined by none other than Isaac Newton himself, who surprisingly never claimed to know its cause. Einstein's general relativity characterizes gravity in terms of warped space-time, but provides no mechanism or causal explanation for it either. Why should matter fundamentally attract other matter? Or does it? Is "mass" even a measure of "amount of matter"? Grave questions about gravity remain unanswered.

Several schools of thought regarding gravity exist outside mainstream. Some see gravity as a "push" from everything else in the universe EXCEPT the nearest objects, which impede the otherwise balanced flow of radiation from all directions. Some connect the magnitude of this push with the finite size of the Universe. Some look to quantum mechanics for a corpuscular understanding of gravity "particles", as first envisioned by Newton. Some view the dynamic motion of a vortex as the ultimate source of attraction, with static matter that fundamentally REPELS rather attracts. Some regard torsion physics as the seat of physical understanding. Some look to electrodynamics and the electrical distribution of matter within the structure of the atom as the source of gravity. In the latter model, a tiny net attraction results when offsetting the repulsion between like-charged nuclei or shell electrons with the attraction between oppositely charged nuclei and shells. Of course, these schools are not mutually exclusive, yet all have amassed numerous articles over the past several decades. Certainly these various interpretations should receive greater attention than they do, since mainstream complacency clearly has not engendered the progress of maverick science in addressing the fundamentals.

On the practical side lies the question of whether gravity can be controlled or even reversed. Though this type of research receives harsh criticism from naysayers, the ranks of potential gravity controllers include people from the highest echelons of NASA and Los Alamos Labs right beside garage experimenters. Most anti-gravity experiments involve weight change through rotation or magnetic action. In the 1970s, the late Eric Laithwaite and Bruce de Palma, for example, unequivocally demonstrated weight reduction in spinning objects, yet these startling facts have not been rigorously measured and adequately explained. Other experiments have shown that magnets fall faster (or slower) than neutral objects, indicating a connection between gravity and the earth's magnetic field. Sadly many urban legends have clouded the real issues, partly because of unsupported claims on the side of researchers and partly from straw man criticisms of detractors, often creating more confusion than progress. It's time to strip away fiction from fact, and become systematic about what we really do and don't know. The GSF stands to lead the way in this effort.