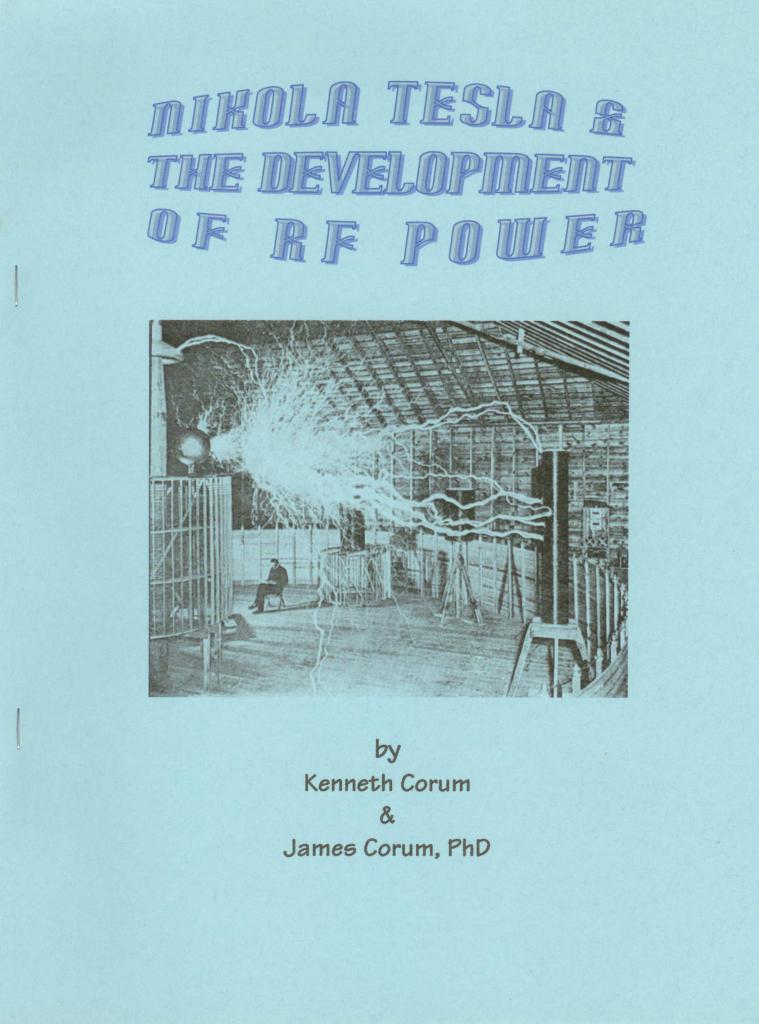 While there exist many biographical popularizations about Nikola Tesla (several quite bazaar and sensationalized), to our knowledge no serious engineering analyses of his work have appeared since the benchmark studies of Bemard Behrend in the years preceding World War I. (Behrend, while an AIEE Vice-President, actively lobbied for the bestowal of the Edison Medal upon Tesla, the seventh of which was conferred upon Tesla in 1917.)

For quite some time now, the authors have been involved with the analysis and experimental reproduction of the RF aspects of Tesla's work. A major portion of our effort has been to reexpress Tesla's turn-of-the-century physics into the engineering and analytical terms of today. In spite of the fact that his physical explanations often bear the mark of antiquated and faulty theory (he was laboring within the framework of nineteenth century physics), we have been overwhelmed by Tesla's intuitiveness, his careful power of observation, his uncanny experimental technique, and the accuracy of his published data. The man was a genius.

While there exist thorough, in depth, engineering studies of Tesla's polyphase AC power system and his induction motors, dating back to the investigations of Professor William A. Anthony (Chairman of the Department of Electrical Engineering at Cornell University) and Dr. Bernard A. Behrend (Vice-President of the AIEE), no such comprehensive analyses of his RF achievements exists to this day.

To be sure, Nikola Tesla was a singular individual. However, since there is such an unusual volume of sensationalized, pseudoscientific, popular literature representing him as an eccentric, bizarre, indigent, and mysterious character (such deprecations are easily challenged historically: he was, of course, none of these), let us first identify his professional qualifications and activities... - from the Introduction 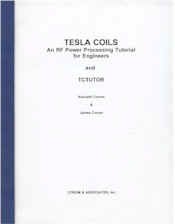 Websites: www.tfcbooks.com/mall/more/499tcrf.htm
This fine offering provides a comprehensive engineering analysis of the \"disruptive discharge\" resonance transformer. Included along with the book is IBM compatible \"TCTUTOR ? A Personal Computer Analysis of Spark Gap Tesla Coils.\" The book and accompanying software place particular emphasis upon examining the historically significant Colorado Springs oscillator constructed by Nikola Tesla in 1899. Included is an extensive RF power processing tutorial which is aimed at the Junior/Senior Physics or Electrical Engineering audience. While a firm understanding of Maxwell\'s Equations and some background in microwave engineering would be necessary to fully grasp these concepts, the authors do a fine job of translating the mathematical formulae and expressing them verbally in an easily comprehendible style. The software, written for the IBM family of personal computers, features routines for the examination of time domain, Fourier spectrum, and resonator performance. Unlike the analytical portion of this package, the program assumes only that the user is generally familiar with the basic construction of Tesla coils. It has been designed to be as easy to use as possible, and yet not be overly simplistic. 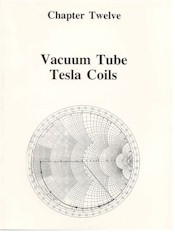 Websites: www.tfcbooks.com/mall/more/497vttc.htm
This book provides a thorough engineering analysis of the vacuum tube Class C continuous wave RF oscillator. Also addressed, within the framework of traveling wave engineering, is the open helical resonator as developed by Nikola Tesla in the 1890s. In addition to a brief history of resonator and particle accelerator development, the book also contains 6 useful appendices that can be of value to the Tesla coil builder.