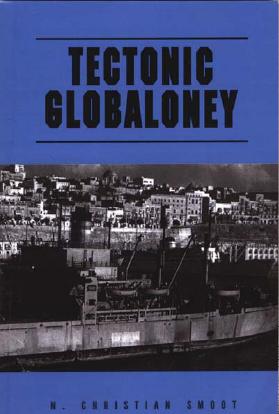 
The purpose of this booklet is to minimize the scientific jargon in the two preceding books, Marine Geomorphology and Active Margin Geomorphology.  Those were written with the intent of getting to the folks involved with the data collection; that is, pointing out the data sets which had been collected since the formulation of the plate tectonic hypothesis in 1966, or thereabouts.  On the advice of Thomas Kuhn, who wrote that every field of endeavor is open to discussion, and that discussion generally leads to an overturn about the current thoughts on any subject.  In this case, that subject is earth geodynamics, or plate tectonics as is the current vogue.

Plate tectonics can be summarized as a three part mechanism used to explain how Mother Earth got where she is at the present time, while trying to predict where she is going.  Plate tectonics used the fields of magnetics, continental drift, a smattering of paleobiogeography, earthquake seismology, and hypothetical geophysics (which is in itself hypothetical).  Magma from the interior was thought to rise to the surface through the midocean ridges, conveyor belts would take the newly formed crust away from the midocean ridges in a form of seafloor spreading.  Earth would maintain a rather constant diameter by the subduction of this crust at some time about 180 million years (Ma) in the future.  The thick-rooted, 600-km deep continents were merely passengers in a 12-km-thick plate driven by a never-ending conveyor belt, whereby the plates, consisting of basaltic rock, would sink at the trenches back into the molten interior to be recycled.  The shapes of the continents, and the location of several indicator fossils, verified this hypothesis to the point that it was/is almost universally accepted as the truth in earth science.

This monograph presents an integrated view of the origin of continents, ocean basins, mountain belts and other tectonic features. It is shown that all tectonic belts originate through a single mechanism and that this mechanism can be described in terms of the laws of physics, especially Newton's three laws of motion, and their derivatives -- Pascal's law, Stokes's law, the Peach--Kohler force (a derivative of the law of gravity), Poiseuille's law, the Navier--Stokes equations and the Navier--Coulomb maximum stress theory. This book will be of interest to scientists and researchers in many disciplines, not just geology and geophysics, but also fluid mechanics and related fields. The targeted audience includes advanced geology and geophysics majors, graduate students at all levels and all persons involved in structural geology, tectonics, igneous geochemistry and mineral exploration.