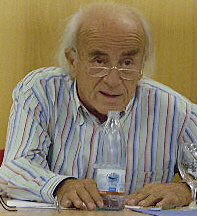 Wolfgang Engelhardt was born in Wuerzburg, Germany, and worked for 40 years in plasma physics, mainly spectroscopy, impurity physics, particle transport, magneto-hydrodynamics at the Max-Planck-Institut fuer Plasmaphysik, Garching. During the last decade of his active research life he devoted himself to unsolved problems concerning the equilibrium of laboratory plasmas. This activity stimulated his special interest in electrodynamics and relativity. Apart from many papers on various topics in plasma physics written together with his team, a number of private papers appeared that could not be published with the approval of his institution. Some examples are quoted below.