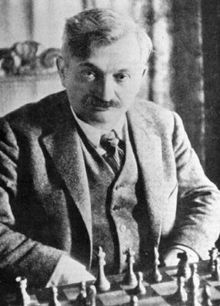 The culture in danger
by Emanuel Lasker

The research Group G.O. Mueller reports Page 309 of its documentation "?ber die absolute Gr??e der Speziellen Relativit?tstheorie" http://www.ekkehard-friebe.de/buch.pdf about claims from Emanuel Lasker, a critic of the theory of relativity, chess world champion and a personal friend of Albert Einstein:

The author is a friend of Albert Einstein: this event would have got his criticism of the theory of relativity in the eyes of the relativists a special note - if they still take note of criticism from the year 1928. For the physical criticism are personal relationships meaningless.

Lasker writes against (p. 5) "Sweet delusion to be able to dominate the spirit of the world. This not acknowledged but secretly desired goal will from any pursued by the tools of mathematical physics, others by the deep sense of logic, others by intuition, from other tissues by romantic fantasy, which they called experience."

P. 20-33: Fundamental criticisms of the theories of relativity. The author responded distraught to the methods of relativity (p. 22): "Sometimes it's difficult not to write satire. How can you negotiate with people who principally take all authority only for themselves and for a few others? How can you other than satirically argue with such opponents, if they also have a very peculiar view of reason and of the basic requirements of a scientific dispute??

Conclusion (p. 27): "The relativity theory as a whole is mistaken as a system of the description of reality, both in its methods and in its results."