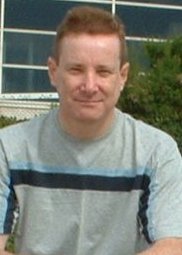 My name is Kevin Harkess and I live in Hampshire in England.

I work as an electronics engineer, and have a strong interest in physics and hold a BSc(Hons) physics degree. I?m also a local councillor for Brighton Hill South.

I have always been interested in finding out what the fundamentals of physics are, not just how they work. Im a creative thinker who spends a lot of time thinking about things that others take for granted.

It was creative thinking that was responsible for my failure to complete my college work. I was so engrossed in developing an energy theory that I failed to allow time to study and pass my exams. I had to force myself to give up the theory and left college in a depressed state with no prospects of going on to university to study mathematical physics.

I vowed never to study physics again. But 15 years later, whilst in the town library, I saw the word "fractal" on a book?s cover, and had an amazing thought about how force and matter interact. It didn?t take more than a few second to make my mind up that I would be spending the next decade developing this idea.

Wisp unification theory did take 10 years to develop, but it worked out much better than I expected - it fully explains how gravity works, and how special relativity works and where it goes wrong.

I believe that there is always a simple answer to everything. If someone explains something to you in a way that seems clear, then there is a good chance that they know what they?re talking about and it might be true. If on the other hand, their explanation leaves you more confused, or you feel that you?re not clever enough to understand them. Then the chances are that they are not really sure themselves, but are trying to pass on an answer that someone else gave them! Modern theoretical physics is a bit like that.