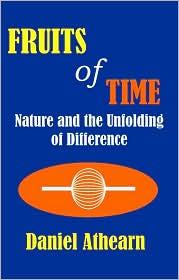 View count: 1
Buy it now
Fruits of Time: Nature and the Unfolding of Difference
by Daniel R. Athearn

This book argues that physics is destined to enter a new era marked by an enlarged conception of physical knowledge. This is not a matter of future discoveries, but has to do with how scientific thought responds over time to what is known today. In the new era a genuinely explanatory dimension is restored to physical science which in the current era of thought is quietly abandoned as archaic.

The current view is that for a certain class of phenomena, physical explanations in the sense of descriptions of underlying causal processes are no longer possible. It is assumed that the general demise of classical materialistic causal models (such as the theory of ether as an all-pervading material medium of light propagation) consigns this kind of theorizing to history. This book fully accepts the breakdown of classical causal models, but not the inference that causal explanation itself is outmoded. Instead, it claims that the demise of classical assumptions opens the door on a prospect of thorough causal-physical intelligibility such as was never foreseeable within the classical worldview. Written with the inquisitive and critically- minded layperson in mind, the book describes findings across the major facets of contemporary physics as all pointing to the same conclusion about the nature of physical reality. 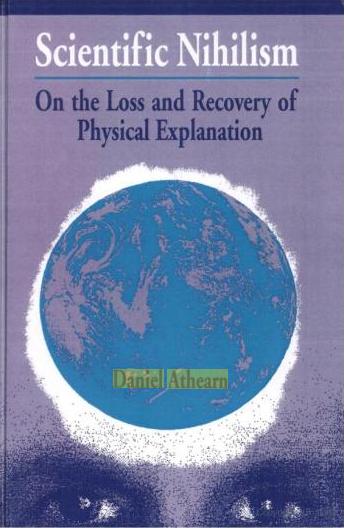 View count: 1
Buy it now
Scientific Nihilism: On the Loss and Recovery of Physical Explanation
by Daniel R. Athearn

This book shows that the breakoff of narrative causal explanation in physics, although remarkable, is no basis for the negative view of scientific knowledge. It demonstrates that radiation and field phenomena, which include a wide array of enigmatic facts, are amenable to explanation even in their most puzzling details.