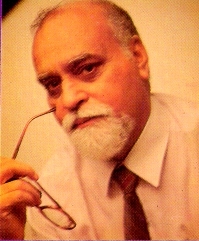 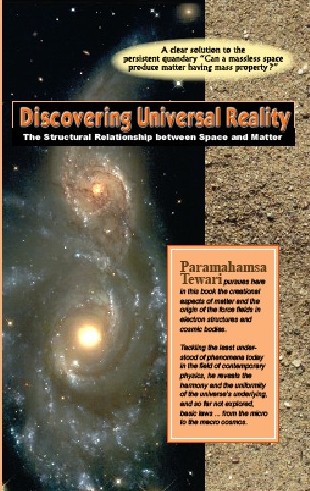 
What if space was filled with a non-material but very dense fluid and matter was composed of 'holes' in that fluid? Visualize water as the omnipresent medium and tiny bubbles swirling around to eventually give form to everything that can be seen. You'd have an analogy of the way Paramahamsa Tewari, a nuclear engineer with a passion for physics sees the universe.

Tewari's Space Vortex Theory (SVT) explains universal reality in a radically different way from that proposed by physicists today. A new book titled Discovering Universal Reality is available from his site (PDF download - 1.3MB) or in print from Stonehill Foundation in Kerala, India (stonehillfoundation@asianetindia.com). Tewari summarizes and explains the principles of SVT in a way that is understandable to everyone. You do not have to follow his equations to get the gist of what is said.

According to Tewari's theory, there is only one basic, stable particle - the electron - which in combination of great numbers builds atoms and thus makes up all the matter we perceive. The electron is seen as a bubble in the fluid of space, created by circulation of the space medium. When that circulation exceeds the space medium's limit of cohesion, it leaves a tiny spherical void. The existence of this tiny void stresses the incompressible space medium creating the electrical and gravitational properties we associate with matter.

Light and heat are oscillations of matter but they are transferred through space by a wave-like disturbance of the medium of which matter consists. There are no "photons" to visualize as separate particles, merely successive expanding "shells" of a disturbance propagating through space with the speed of light - c.

To vizualize this, let's look at the sea shore. The waves of water (the medium) transmit a force to the pebbles at the shore, they move them, roll them around, and in time grind them into fine sand. But there is no particle doing all this work - merely the waves of the medium. And the medium of space is much more dense than water...

But I better let Tewari speak, lest I get carried away and inject too much of my own - in this case necessarily secondary - understanding of things. Tewari's views have revolutionary implications for our understanding of the universe and they will - if proven correct - allow us to gain a conceptual understanding of physical reality. What a change that would be from today's physics which has become an esoteric labyrinth of mathemathical constructions that - it is said - only the brightest (but really perhaps only the most convoluted?) minds can grasp. 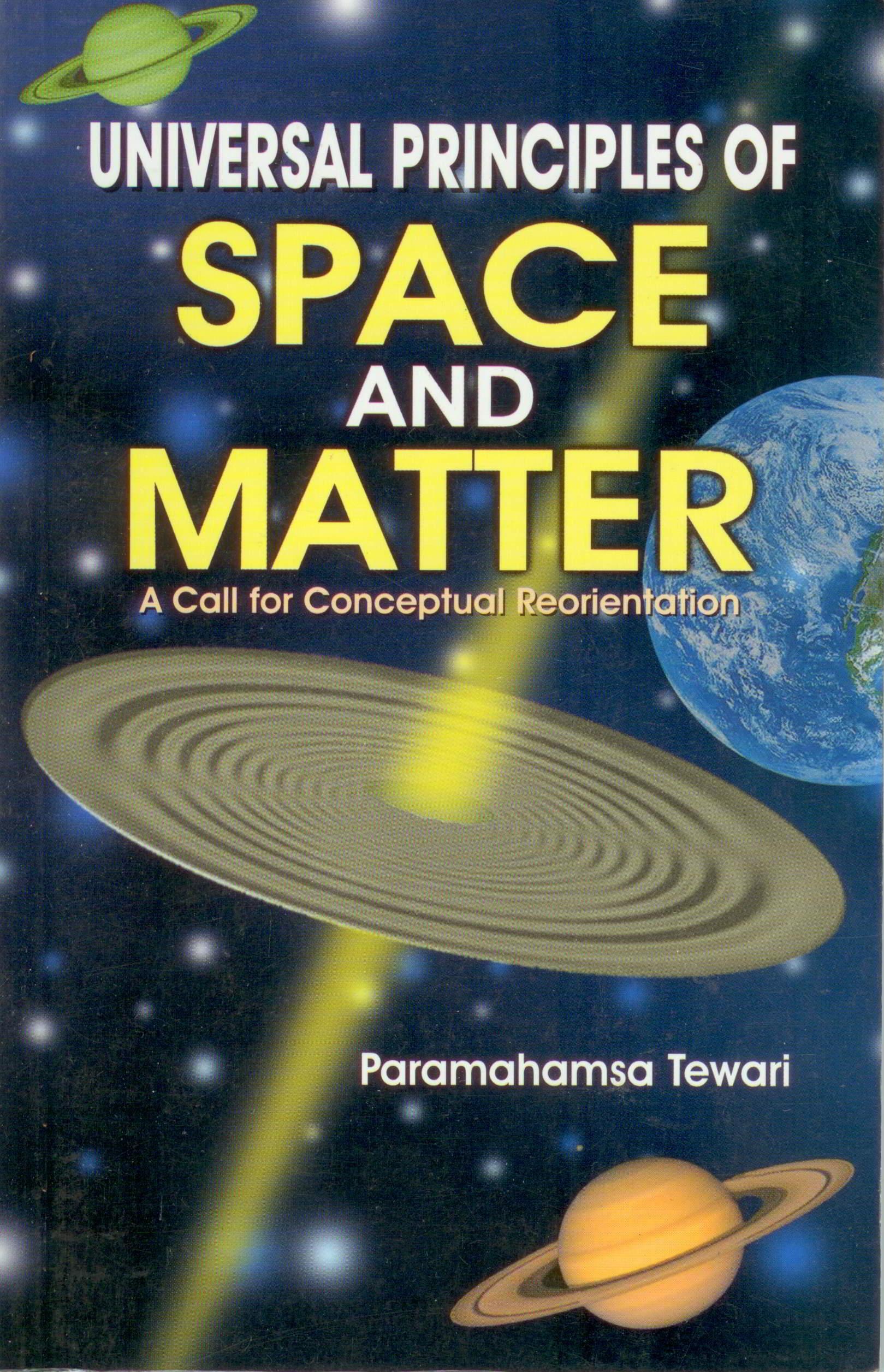 View count: 1
Buy it now
Universal Principles of Space and Matter: A Call for Conceptual Reorientation
by Paramahamsa Tewari

What is the reality of the universe? This question should be first answered before the concept of God can be analysed. Science is still in search of the basic entity that constucts the cosmos. God, therefore, will be a system too complex for science to discover. Unless the basic reality of aakaash (space) is recognized, neither science nor spirituality can have a grasp of the Creator, Sustainer and Destroyer of this gigantic phenomena that the Vedas named as Brahman. 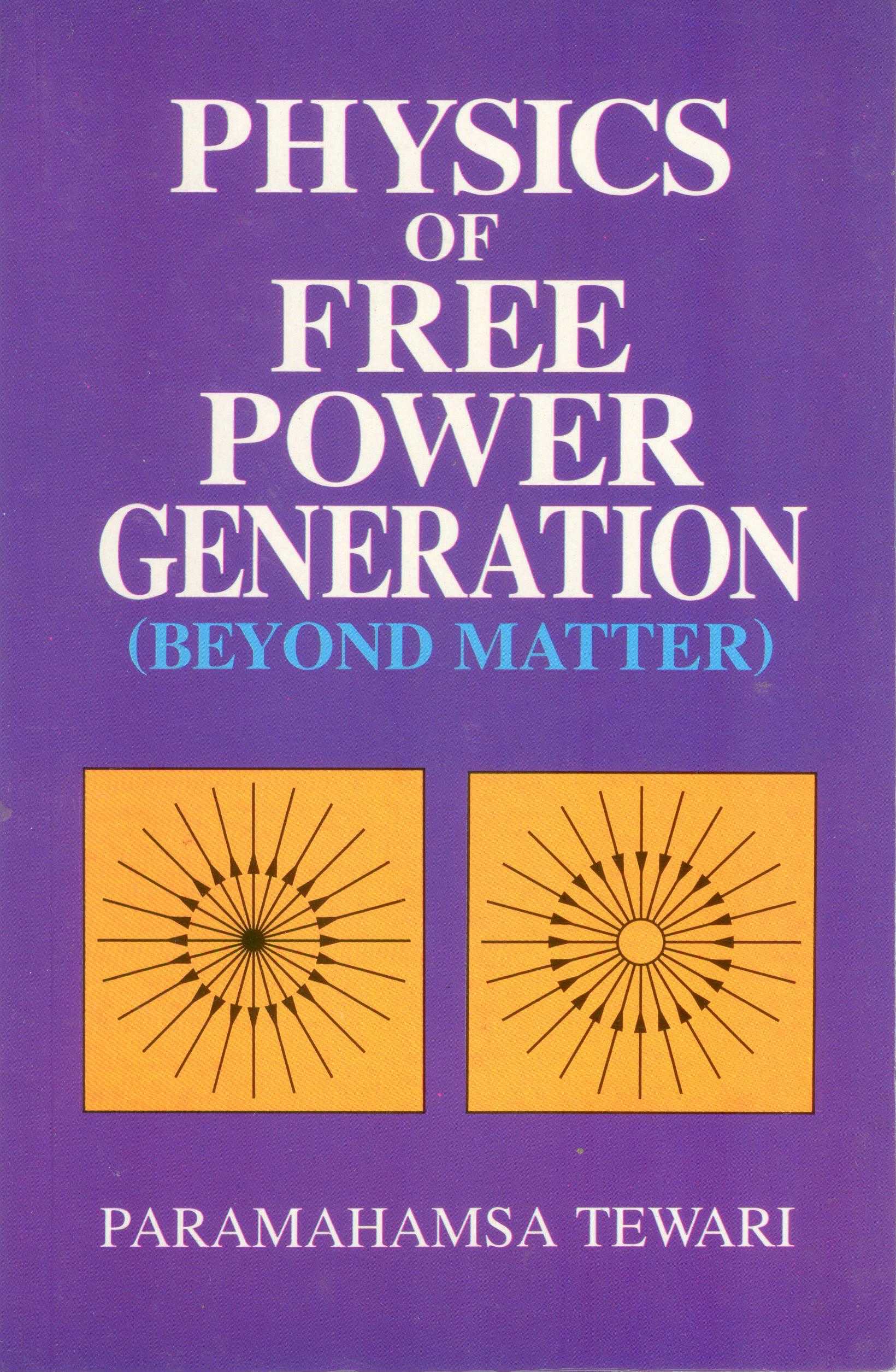 Preface to the Second Edition

This work (1983) is the fourth in a series, preceded by The Substantial Space and Void Nature of Elementary Particles (1977), Space Vortices of Energy and Matter (1978), and The Origin of Electron's Mass, Charge, Gravitational and Electromagnetic Field from 'Empty' Space (1982).  The basic idea, of constructing the universe of matter and the medium of space with a single mobile entitiy (Fluid substance), was first formulated as a hypothesis in my work (1977), which was further developed in other works, referred above, without any change in either the basic postulates or the main framework of the hypothesis, though the mathematical analysis underwent constant improvements in the subsequent works.  For the mathematical clarity, the reader may refer to this work, Beyond Matter, whaereas, for the progressive development of the ideas of spatial reality going through the earlier works too will be useful, specially, for the qualitative aspects of the generation of the fundamental phenomena of mass, inertia and charge.

The experimental proof of the hypothesis of the subsantiality of space has been subsequently obtained through the numerous experiments on the new phenomenon of "space power generation", that are discussed and reported elsewhere.  The positive results of these experiments had given me the added conviction to name the earlier hypothesis as "Space Vortex Theory", abbreviated as SVT.

There is hardly any deviation from the earlier theme.  The nature of space and elementary particle of matter, conceived by me about two decades ago, remain unaltered even today.


In an effort to fathom deeper into the physical significance of fundamental properties of matter like mass, inertia, electric charge, and the very nature of the fundamental state of energy, in my earlier work, "The Substantial Space and Void Nature of Elementary material Particles", a new theory of space , energy , and matter was proposed. It was postulated that the absolute vacuum (space) is a fluid, massless, zero viscosity, incompressible medium in which material particles are created as vortices of the fluid space. The present book is further expansion on the same founding principles. It covers my further research on evolution and motion of galaxies, nature of magnetic field, eklectric current, light, electron theory of matter, interrelation between light and gravity, and fallacy of Einstein's ideas on space and time.

To determine the nature of space and energy, which can evolve and maintain the universal matter and its associated fields, so that 'why' and 'how' of the fundamental properties of matter (as exhibitted) can be explained, is the main purpose of this work. 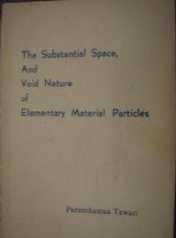 
What is the expamse of the universe? What is the unit of measure that Nature uses in its cosmic design? Can the invisible universe of space be the real medium of substantiality and evolve fundamental matter and also the various fields and potentials as its own characteristic states?