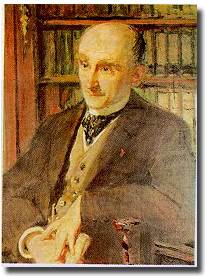 Henri Bergson is a famous philosopher who was celebrated for his work in philosophy in an era when philosophy was the summit of intelluctual studies and had the greatest prestige of all academia. By the end of his life however, all of this had changed. His ideas were discarded and ignored as the new science of physics had displaced philosophy as queen of the academic professions. Henri Bergson was a casualty of this change because of his criticism of Einstein?s theory of relativity which appeared in his book "Duration and Simultaneity", published in 1921. It addresses the response of a philosopher to the intrusion of Einstein?s special theory of relativity into the philosophical problem of time. There are different versions of the English translation of Bergson?s work. Some contain a preface with remarks by Herbert Dingle who puts Bergson?s work into perspective. The most recent addition Published by Cinammon Press, includes the debates with Einstein and Begson?s controversy with Metz. It is generally believed that Bergson was soundly beaten in this controversy, but a modern reflection does not support this view as we are no longer enthralled by Einstein?s aura of supposed genius.  In his own time however, Bergson?s reputation declined as a philosopher and he disowned this book in his later years.  It is unfortunate that Bergson?s challenge to Einstein was met with such a nasty response that Bergson, who was Jewish, was reviled and shunned. Such was, and still is, the power of the Einstein propaganda machine.

Bergson was born in Paris as the son of a prosperous Jewish musician from Poland and an Anglo-Irish mother. At the age of 17 he won an open prize for an original solution to a mathematical problem, and in the same year he solved a problem Pascal claimed to have solved but left unpublished. Bergson studied at the Ecole Normale Sup?rieure from 1877 to 1881. The following 16 years he spent as a philosophy teacher in a succession of lyc?es. Among his pupils was the journalist Charles P?guy, who established the journal Cahiers de la quinzaine. Bergson became a professor at the Coll?ge de France in 1900. His lectures were highly popular, drawing students, academics, general public and tourists, and by 1911 students referred to the coll?ge as "the house of Bergson." From 1914 until 1921 ?douard Le Roy functioned as Bergson?s "permanent substitute" while the philosopher served on French diplomatic missions. Bergson resigned in 1921 in order to dedicate himself to his writing and to his work on behalf of the League of Nations. From 1921 to 1926 he acted as president of the committee on international cooperation of the League of Nations.

Bergson enjoyed the status of a cult figure in the years between World Wars. Although not a practicing Jew, Bergson refused the Vichy government?s offers to excuse him from the scope of their anti-Semitic laws. He decided to join the persecuted and registered himself at the end of 1940 as a Jew. However, his religious thinking had brought him closer to Catholicism. Bergson died of bronchitis on January 3, 1941. For the last seventeen years of his life he had suffered from crippling arthritis. The popularity of Bergson?s philosophy faded in the 1920s.

"There is nothing in philosophy which could not be said in everyday language," Bergson told once in an interview. In spite of his good intentions, his ideas were often high-flown and difficult to follow. In his first major work, Time and Free Will (1889), Bergson aimed to show how pseudoproblems about the will and its freedom have arisen from a false phenomenology of mental states - essentially, a tendency to conceive and describe them in spatial terms. Human experience does not perceive real life as a succession of demarcated conscious states, progressing along some imaginary line, but rather a continuous flow. Bergson made the distinction between the concept and experience of time. While the physicist observes objects and events in succession, time is presented to consciousness as duration - an endlessly flowing process, which resists simple mathematization. Bergson argued that the ?real time? is experienced as duration and apprehended by intuition, not through separate operations of instinct and the intellect.

In An Introduction to Metaphysics (1903) Bergson saw that the intuition, the direct apprehension of process, as the discoverer of truth - intuition, not analysis, reveals the real world. Sometimes intuition in Bergson referred to getting bright ideas, sometimes it was the method of philosophy like intellect is of mathematics. His concept of ?lan vital, "creative impulse" or "living energy", was developed in Creative Evolution, his most famous book. ?lan vital is an immaterial force, whose existence cannot be scientifically verified, but it provides the vital impulse that continuously shapes all life. Bergson questioned the Darwinist theories that evolution occurs in great leaps or alternatively through the gradual accumulation of slight mutations and explained by ?lan vital the creative course of evolution.

In 1914 all of Bergson?s writings, but most especially Creative Evolution, were placed upon the list of books devout Catholics were forbidden to read. After its appearance twenty-five years elapsed before Bergson published another major work, The Two Sources of Morality and Religion (1932), his final statement of his philosophy which also reflected the threats of nationalist-racist politics and hinted at the coming of mechanized warfare. The Creative Mind, published two years later, was a collection of essays and other writings.

"In laughter we always find an unavowed intention to humiliate and consequently to correct our neighbour," Bergson stated in Laughter (1900). It is not among Bergson?s best-known studies, but Arthur Koestler considered it as important for his book The Act of Creation as (1964) Freud?s classic Wit and its Relations to the Unconscious. Bergson defined the comic as the result of the sense of relief we feel when we feel ourselves from the mechanistic and materialistic - his examples were the man-automaton, the puppet on strings, Jack-in-the Box, etc. "A situation is always comic", he wrote, "if it participates simultaneously in two series of events which are absolutely independent of each other, and if it can be interpreted in two quite different meanings." He saw laughter as the corrective punishment inflicted by society upon the unsocial individual. "It seems that laughter needs an echo. Our laughter is always the laughter of a group."

Bergson had been interested in Spencerian evolutionism in his youth, but he later abandoned Spencer?s view placing intuition as the highest human faculty. In Creative Evolution Bergson argued that the creative urge, not the Darwinian concept of natural selection, is at the heart of evolution. Man?s intellect has developed in the course of evolution as an instrument of survival. It comes to think inevitably in geometrical or ?spatializing? terms that are inadequate to lay hold of the ultimate living process. But intuition goes to the heart of reality, and enables us to find philosophic truth.

Bergson?s thinking and concept of time has influenced greatly Arnold Hauser, Claude Simon, William James, Alfred North Whitehead, Santayana, and such authors as P?guy, Val?ry, and John Dos Passos. Whitehead expanded Bergson?s notions of duration and evolution from their applications to organic life into the phycial realm. It is said that for Marcel Proust, whose cousin Bergson married in 1891, the philosopher gave the idea for the great novel of reminiscence, ? la recherche de temps perdu (1913-27). Sartre also paid tribute to Bergson, and Martin Heidegger, whose ontology is echoed in existentialist writing, used some of Bergson?s concepts, such as "no-being". However, Bergson?s influence on existentialism is not straight forward and in his own time the philosopher was considered an empiricist. On the other hand, Bergson?s argumentation frustrated such philosophers as the empiricist Bertrand Russell, who criticized his thoughts in 1914 and later returned to them in History of Western Philosophy. Philosophers have pointed out that Bergson did not satisfactorily show how intuition could work apart from intellect. Albert Einstein found serious mistakes from Bergson?s DUR?E ET SIMULTAN?IT? ? PROPOS DE LA TH?ORIE D?EINSTEIN (1921), dealing with Einstein?s theory of relativity. Bergson had opposed in 1911 Einstein?s ideas, but then his view had changed and he introduced the concept of non-linear time. Bergson is generally regarded as having lost his public debate with Einstein, but some of the leading physicists have devoted articles to his work.