View count: 1
Buy it now
The Catt Anomaly: Science Beyond the Crossroads
by Ivor Catt

Websites: www.ivorcatt.com en.wikipedia.org/wiki/Ivor_Catt
Read it now online
"Although the principle of free communication of ideas is a basic tenet of the scientific community, there are numerous examples of their suppression. Professor Herbert Dingle, who wrote a book on relativity in the 1920s as well as the section on relativity for Encyclopaedia Britannica, and was the man chosen by the BBC to give the eulogy on Einstein when he died, developed doubts about the special theory of relativity around 1955. To his astonishment, he found that the scientific journals and institutions suddenly closed their pages and doors when he wanted to say something unorthodox; that is, heretical. A scientist might say, 'something that was incorrect'. He describes his experience in his book, Science at the Crossroads, pub. Martin Brian O'Keefe, London, 1972."

The above paragraph is the start of my 1978 article "The Rise and Fall of Bodies of Knowledge", reprinted here in appendix 1.

The present book takes us forward 25 years from the experience of Dingle, a Quaker like me, with whom I once talked briefly on the telephone. Dingle's centrepiece was the Twin Paradox, which I argue is a kosher argument; the one argument that is allowed at the fringe of relativity theory. Louis Essen, elected FRS for developing the Caesium clock, told me that Dingle queered the pitch by making a mistake. Essen also told me that he himself had been suppressed. His most exciting story was that the Institute of Physics broke its contract with Essen to publish an article of his even after he had checked the galleys. The Inst. Phys. also broke its contract with me to publish the article which later appeared in Wireless World in March 1979.

The case of the Catt Anomaly goes to the heart of elementary electrical theory. It is much simpler and much more important than Dingle's Twin Paradox.

The best introduction to the politics of knowledge in science, and the best scientific demonstration that the scientific Age of Reason is over, is to study the present status of the Catt Anomaly. The reader can stop here and test the following proposition for himself. No scientist is willing to take a scientific approach to the problem of suppression in science - the allegation of widespread censorship, to be tested by the usual criteria of repeatability, corroboration, Popper's falsification and the rest. Try to get a scientist to remain a scientist when addressing these matters! He will start talking about Catt's paranoia or egotism, which are not scientific concepts.

Perhaps more properly called 'The E-M Question', the Catt Anomaly is an elementary question about classical electromagnetism which experts refuse to answer in writing. We will first consider the contradiction between Pepper and McEwan, and the response of London's Institution of Electrical Engineers (IEE) to the problem created by this contradiction.

It is important for the reader to keep struggling with the problem until absolutely convinced that it is beyond his comprehension. Unlike the Twin Paradox, the Catt Anomaly is an elementary problem in electricity which most people with a B grade pass in GCSE Physics should be able to understand well enough for the purpose of reading this book.

When a battery is connected to a resistor via two parallel wires, a current flows which depends on the voltage of the battery and the resistance of the resistor. Also, electric charge appears on the surface of the wires, and we concentrate on the electric charge on the bottom wire. In the case of a 12 volt car battery and four ohm car headlight bulb, the electric current is three amps and the resulting power in the lamp is 36 watts.

Consider the case when the battery and lamp are connected by two very long parallel wires, their length being 300,000 kilometres. When the switch is closed, current will flow immediately into the front end of the wires, but the lamp will not light for the first second. A wave front travels forward between the wires at the speed of light, reaching the lamp after one second. This wave front comprises electric current, magnetic field,  electric charge and electric field. Negative charge appears on the surface of the bottom wire. All of this is agreed by all experts.

The question asked by the Catt Anomaly is where this charge on the bottom conductor comes from, and the answers given to this elementary question are contradictory, with the academic establishment split down the middle. Half of the academics, led by McEwan, say that the charge comes from the battery to the west and reaches its proper place along the bottom conductor without having to travel at the speed of light. The other half of the  academics, led by Pepper, say that it is impossible for the charge to come from the west because it would have to travel at the speed of light, resulting in the charge having infinite mass. Pepper says that at the moment when charge is needed to help the wave front along, it comes to the surface of the wire from inside the wire, travelling at right angles to the direction of the wave front.

View count: 1
Buy it now
The Hook and the Sting
by Ivor Catt

View count: 1
Buy it now
Electromagnetism I
by Ivor Catt

Read it now online
The late G.F.C. Searle, F.R.S., who was the friend of Oliver Heaviside for 33 years, wrote this, the only lengthy Heaviside biography, in 1950. Discovered and Edited by Ivor Catt. First published in January, 1987.

No full biography of Oliver Heaviside has been published. When that gap is filled, these recollections by G. F. C. Searle will be an important source for the description of Heaviside's way of life. Heaviside endured, with wry humour, the discomforts of ill health and of various degrees of poverty; he made himself a prisoner in his own house, seeing fewer and fewer visitors. Searle was the last link with the academic world. Although Searle was one of the few who understood part at least of Heaviside's work, the book is concerned only with the person and not the work.

The manuscript of this book was completed in 1950, 25 years after Heaviside's death, and then remained unpublished for 37 years more; and it is no longer in the editor's possession. Inevitably one asks whether the text is genuine. Almost certainly, yes. Searle's style is inimitable, and so is Heaviside's in his letter that are quoted. But Searle told me in 1950, at the Heaviside Centenary meetings, that he had not been allowed to say all he had wanted to; and it may be that the manuscript now published is also incomplete. The editor of the book tells me that the manuscript was not a continuous whole, and that he placed it in order and omitted nothing except duplications. This I accept, but wonder whether Searle, who was not a man to leave anything untidy, regarded it as still unfinished.

A reprint of Digital Electronic Design, Volumes 1 and 2

Read it now online
The authors have become increasingly concerned at lack of clear and accurate information on many aspects of digital design, even though this fast growing discipline is the basis of the third largest industry in the U.S.A. They have decided to contribute towards remedying this situation by publishing a series of volumes which concentrate on those aspects of the subject which have been ignored or misunderstood. The authors graduated from British colleges. They have a total of more than forty years of experience in Britain and the U.S.A. centred on digital design, and have published widely in the technical journals. They give seminars on digital design, and act as consultants to industry.

Read it now online
Volume 2 contains more practical advice on day to day digital design, along with some disclosures of fundamental advances in the art. Further disclosures will be found in the sister publication ?Electromagnetic Theory? by the same authors. Volume 1 was well received and is now on the shelves of about half the university and research department libraries. Since it was published, interest in the authors? quarterly seminar on digital design has greatly increased. A good working relationship has developed with Wireless World, where the authors? occasional articles and the resulting correspondence are well worth reading. 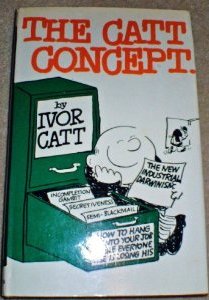