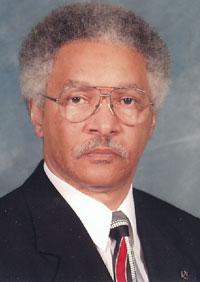 Edward Henry Dowdye, Jr. was born in Washington, DC and has B.S. degrees in Mathematics, Electronics Technology with further studies in Physics from Hampton University in Hampton, Virginia. He has the degree of Diplom-Atomphysik (Atomic Physics) from Physikalisches Institut der Universität Heidelberg, Germany, supported by the German Academic Exchange {Deutscher Akademischer Austauschdienst Bonn-Bad Godesberg}. He did his research in experimental atomic physics, specifically in the area of Nuclear Magnetic Resonance where he used techniques of optical pumping {Kernresonanzmessung durch optisches Pumpen} on free atoms and ions in vapor form confined in an optical resonance vessel. He did further studies in Astronomy and Astrophysics at Heidelberg. The member is multilingual with fluency in German and Spanish and with a knowledge of conversational French. He has also instructed Experimental Physics and has mentored German graduate students while pursuing his degree at Universit?t Heidelberg.

The member has worked extensively in the area of communication systems engineering, dealing with the propagation of electromagnetic radiation, high data rate satellite uplink and cross link relay communication systems. He worked in Government and Aerospace for a number of years and later returned to academia. While working as an instructor of Physics, he was awarded a grant from the Preparing Future Faculty Program at Howard University, in Washington, DC, where he obtained the Ph.D. in Laser Spectroscopy Physics at the Laser Spectroscopy Laboratory, supported by the Center for the Study of Terrestrial and Extraterrestrial Atmospheres.

The member is a Laser Optics Physicist and Electronics Engineer (retired) at NASA Goddard Space Flight Center in Greenbelt, Maryland. He is independent researcher in the area of pure classical electromagnetism and gravitation, not related to his occupation at NASA.

Dowdye's Extinction Shift Principle was recently chosen by an elite status university, the Karlsruhe Institut für Technologie, Germany, under direction of Dr. Edgar Kaucher, professor of applied Mathematics and Physics (retired), as a seminar project assigned to the bright young graduate students in Mathematics and Physics for two consecutive years, 2007 and 2008. The member has authored several other important works and papers published in peer reviewed journals. He frequently lectures at various universities, schools and churches and is a devoted role model and mentor for future scientists. Dr. Dowdye is currently a member of the African Methodist Episcopal Church in Glenn Dale, Maryland, formally a member of Florida Avenue Baptist Church in Washington, DC, his place of birth.