Bahram Katirai has written a book that could revolutionize our understanding of stellar objects such as binaries, star clusters, novas and galaxies. Katirai claims that a number of the current theories in astronomy are based on faulty assumptions and speculations that were made centuries ago.

A series of recent studies, produced by cutting edge technology such as Hipparcos and others, actually contradict the theories. These theories, in turn, have created numerous unanswered problems such as why the direction of the motion, velocity and types of star near the sun do not conform to the current ideas about the Milky Way. Katirai pinpoints the root problems by examining how astronomers determine the distances of stars. 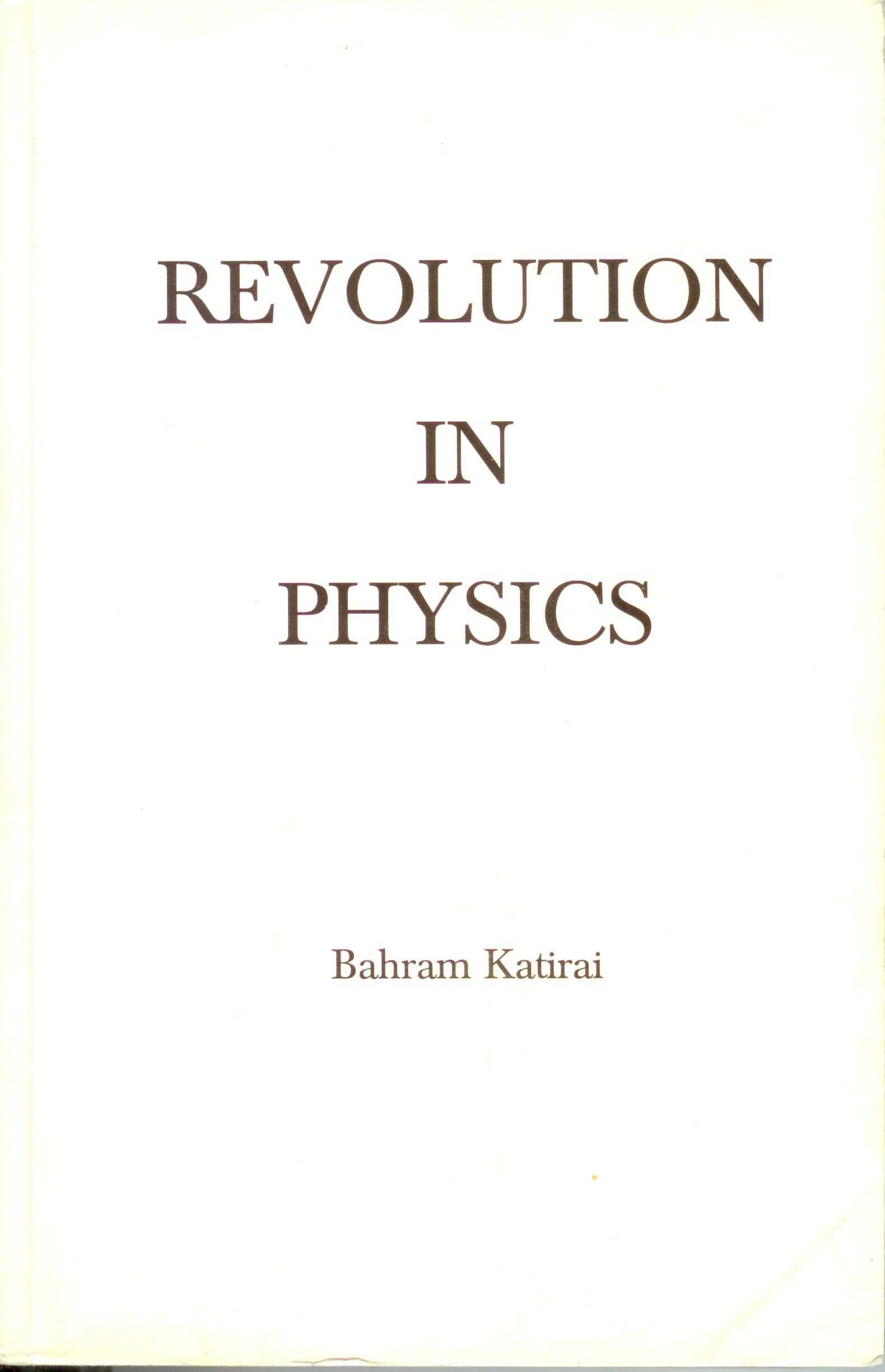 A scientific book has just come out that presents the case that Albert Einstein, the man celebrated as one of the greatest scientific geniuses ever, together with his works amounts to the greatest fraud of the century. The book also contains a series of scientific discoveries which will undoubtedly revolutionize the science of physics.

?Revolution in Physics? by Bahram Katirai, a former admirer of Einstein, examines the history behind Einstein?s theories and uncovers a clear pattern of fraud repeated in all of Einstein?s papers. From Einstein?s relativity theories to his famous formula E=mc2, Katirai discovers and documents repeated instances of stealing, misrepresentation, fabrication of evidence, and mathematical manipulation and distortion.

The centerpiece of ?Revolution in Physics? is the concept of the ?ether? (not to be mistaken with the ether in chemistry) which until the time of Einstein all physicists such as Faraday, Maxwell and Lord Kelvin had come to firmly believe in. They had concluded that ether is the medium by which light propagates in space and that all the space between planets and even within atoms is filled with ether. Numerous experiments proved that light in ether is the same thing as sound in air. Based on the belief that disturbances in ether create ether waves such as visible light, Hertz was able to generate radio waves. This understanding that light is a vibration of ether was replaced by Einstein?s admittedly contradictory ?wave-particle duality? theory in which light is a wave in all cases except in two cases where Einstein with his mathematics claims that it is a particle. Katirai surveys the unprecedented controversy throughout the 20th century among scientists surrounding Einstein?s rejection of ether, and with extensive documentation he builds the case of how Einstein was able to hijack the scientific community into believing that ether does not exist.

Based on the understanding that ether exists, Katirai provides answers to some of the most puzzling mysteries in physics. Whereas Einstein?s lifelong attempts to come up with a unified field theory ended in failure, Katirai shows how the magnetic, electric and gravitational forces arise from different currents of ether. By means of simple experiments and explanations understandable to an elementary school student, he shows how each of these forces is created by the motion of one of the sub-atomic particles in ether. He reveals how Einstein?s explanation of gravity as resulting from a bending of space and time, buried in complicated mathematics that only a handful can claim to understand, was an act of distortion that fooled the world. Katirai further shows how the fast motion of an object in ether generates friction and light waves just as the fast motion of an object in air generates sound waves. The bright tail of a comet moving in ether is a phenomenon similar to the tail-wave of a fast-moving motorboat in water. The author shows how innumerable phenomena such as the magnetosphere of the earth, the discovery of the solar wind, the Michelson Morley experiment and stellar aberration conclusively prove the existence of ether. The book contains other discoveries which will come to be regarded as some of the most important in this century.

This 327 page book with over 270 footnotes representing almost two decades of research and investigation by Katirai and written to be understood by the general public, will prove to be of historical importance.

"This is a remarkable book, especially for those with limited education in physics or mathematics. The intriguing concepts in this fascinating book are simply explained and cleverly composed. Katirai provides a sweeping set of ideas that might thrill the high school or even college level budding scientist. Even if somehow most or even all of the notions in this book are considered flawed, the initiate will thoroughly enjoy being introduced to a set of thoughts held by the author that will excite and stimulate both the new physicist as well as the philosophically minded. Even though some theories may go astray, the excitement is for the reader or group of readers to try to explain to themselves or others possibly more realistic theories of reality. One must be broad and open-minded to the possible discovery of great ideas that spring forth both from this book and the reader's mind when trying to understand as well as explain the phenomena that the author tackles as child's play that laughs at the cumbersome and highly technical counterparts. I think everyone should read and study this hidden masterpiece, which if even only a fraction of the ideas "hold water," the investigator will nevertheless be well rewarded in his quest to comprehend reality. Remember, as Richard Feynman once stated, that 95% of physicists are merely technicians whereas 5% are the true physicists who want to know not just the "how," but also the "what" and especially the "why" of physical reality. Please buy and study this book. You will not only be amazed at the innate intelligence being exposed but also at the stimulation you will feel as you share in revolutionizing scientific thoughts." - Customer Review, Amazon