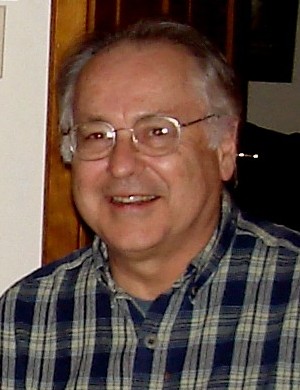 ·       Theoretical study and research into the nature of form and structure

·       The application of form and structure theory to fundamental physical reality

Experience: Note: This resume only references information relevant to my work in the science of form and structure. I have made my living since 1975 in the arts, properties, and finance.

·       Became fascinated with science in 7th grade and began a life-long reading of all things physics.

·       Studied form and structure theory under the direction of Prof. William Katavolus at Pratt Institute 1965 – 66.

·       Independent study of the work of Buckminster Fuller and Kenneth Snelson while at Pratt Institute 1965 – 66.

·       Returned to the States in 1973 to continue my private research into form and structure while pursuing a livelihood in other areas of interest.

·       Made public discoveries about fieldstructures (formerly called “torsion structures”) in 2004 at a meeting of SNEC, whom are Buckminster Fuller aficionados meeting in Washington, DC at Georgetown University.

·       Began attending since 2005 conferences at various universities and gatherings of people interested in form and structure theory and its relationship to physics. Approximately 20 presentations to date (12/2012) have been made along with published papers (see Publications).

·       1965 -> Began work on thesis project Theory of Form and Structure, Pratt Institute, junior year under the direction of William Katavolus.

o   Structors lead to the discovery of a new topological family of structural form called “Fieldstructures”, which are three-dimensional knots.

o   Studied twisting, knotting, and torsion from the structural perspective.

o   Discovered that all polyhedra (all 3-D forms, be they regular, semi-regular, or irregular) can be made structural with interacting loops.

o   Primacy of the loop, how action loops alone can build a universe through structural interaction.

o   Accepted into masters program with full scholarship to continue work on thesis at Illinois Institute of Technology.

o   One month after being accepted to IIT, I got a draft notice from the Army.

o   Draft board let me join the Peace Corps serving as a small industry developer in Ecuador.

·       1966 - 1969 > While in the Peace Corps spent free time working on form and structure during this time realized that Form and Structure Theory was in essence an field structure issue and that physics had the most to say about that subject. Began reading in physics

o   Developed a new conceptual approach to field study that involved the topological properties of 3-D knots that allowed fields to be understood as   loops, links, knots, twists and their interactions.

o   Studied with masters of field consciousness the techniques of Raja and Shakta yoga along with studying Vedantic philosophy that is very much an interactive field approach to consciousness at the Yoga Vedanta Forest Academy, of the Sivananda Ashram, Rishikesh, India.

o   the structural reason why the transitory particles are not stable

o   Continued developing a structural concept that would generate all form from waves interaction including real and anti-matter forms, bosons and fermion forms.

o   Introduced the notion of “cloaking”, whereby the real matter cloaks anti-matter and showed structurally why matter and anti-matter have to be interacting in the same domain in spit of the fact real-matter is cloaking the presence of anti-matter.

o   Continued intensive study of physics and developing the fieldstructure interpretation of what physics has discovered.

o   Began in 1990 working on how Field Structure Theory (FST) applies to fundamental physics and on Dec. 31st 1999 (the day before the new millennium began) discovered how 3-D loop fractal automata structuring using Sierpinski Triangle hierarchy generates the known values of particles, both stable and transitory particles and in all three particle generation families, within a fraction of one-percent of known values; a day in Lonavala, India I will never forget.

o   Discovered that mass and energy can be quantified by a count of loops and twists. In this period discovered two-dimensionally counting gives whole number counts of mass and energy values. Note: In 2012 learned that by counting in three-dimensions, the fractional values of mass can be derived.

o   Developed a working concept of how from a loop Plenum (aetheric) background dependant substratum, energy and particles are derived without the use of arbitrary parameters.
o   Worked on how plenum loops can link and knot without having to destroy the loop’s integrity to accomplish it.

o   Presented work publically for the first time to followers and associates of Buckminster Fuller.

o   Concept and mechanics of how EM waves become confined to a locality.

o   Discovered how EM waves transition to a particle having locality, the SOL (speed of light) neutrino particle and why there are three forms of neutrino.

o   Discovered where the missing anti-particles are and why they can’t be observed.

o   Discovered the seven geo-topological families of fieldstructures that correspond to the seven platforms of structure in Nature.

§  Particle Hierarchy Chart, giving known mass and energy values for 1st generation particles in terms of knot and twists as specified buy Structural Skew Topology. Chart was show for the first time at in the Proceedings of the NPA.

o   How energy manifests as the interaction of two chiral waves, i.e. looping and twisting.

o   How to structurally model bosons and fermions.

o   Got a working concept of how waves.

o   Form and structure are scalable.

o   Since this is true, then given the correct energies form all scales of form can be recreated at higher scales of size, which if correct means it should be possible to build a macro atom the size of a centimeter.

o   Further work on the Sierpinski Triangle Fractal and it utilization as a way to diagram the particle hierarchy.

§  Paper 6: “ The String and Knot - understanding consciousness from the structural perspective”, Oct. 2009, 11 pages.

o   Showed that the Fine Structure Constant is derived from the condensation of the plenum loop matrix when particles form. Related to symmetry issues within the plenum.

o   Introduced the concept that waves behave like braids of rope.

o   Showed structurally how when one side of an EM wave set condenses, a fermion particle forms and made stable.

o   With the appearance of the particle a charge is produced.

o   Showed how and why fermions have spin 1/2 (because they are formed from one or the other side a chiral EM wave set.

o   Showed field waves increase frequency by collapsing, and are held magnetically in the nucleus.

o   Showed why a boson is spin 1 and fermions ½ spin. Bosons are spin one because both sides of the EM wave are braided together while fermions one side of the wave is braded with itself.

§  Paper 7: “The Meaning of Structure – a structural approach to understanding Nature”, July 2010, first presented at a meeting of the NPA, Univ. of California, Long Beach, CA, 9 pages. Published in NPA 2010 Proceeding book.

o   Worded out why only the electron and proton are stable, while the free neutron is not stable when outside the nucleus.

o   Worked out why the neutron has to form before the proton can form.

o   Source of neutron production is in stars.

o   Cosmic source of EM energy is from the galactic center.

o   Established the cyclic linkage using FST between the glacial process of returning confined EM energy of particle, atoms, molecules to EM’s radiant forms and how stars gather that EM energy, and produce matter and thus closing the cycle into an endless loop feedback system of creation, destruction, creation again.

o   The notion that “something can come from nothing” is structurally meaningless.

o   Form and Structure Theory replaces that concept with “something comes from everything”.

o   Showed how the Fine Structure Constant can be derived from the geo-topology of the field structure loop Plenum accurately to four decimals (137.0359).

o   Realized now fieldstructures are responsible for both space and time.

o   How space and time is the product of, and determined by, mass and energy quantifiable using FST.

o   The realization that all motion is the product of condensing and deploying EM waves by the two ways a line of action can rotate.

o   How fractal topology governs the form and structure of fields.

o  Fieldstructures (FSs) allow for the particle and wave to be understood at the same time without paradox.

o  FSs allow us to know position and momentum at the same time.

o  Began writing the: “The Science of Structure – structure as a science in its own     right”. It is the first of a four volume series.