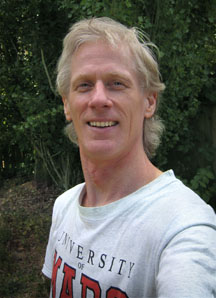 In the mid 1980's I realized that a new idea I'd been kicking around about gravity could be tested by by a laboratory experiment. The first priority was to find out if the experiment had been done before. Or, if not, then would any less direct observational data bear on the idea's viability? The experiment would involve testing a well known prediction of Newtonian gravity: given a uniformly dense sphere with a hole through its center, how will a test object released from the surface move in the hole? Research (at UC Berkeley Libraries) and correspondence with physicists indicated that this prediction had no empirical verification.

In principle, the kinematics of star clusters would reveal whether the idea -- which I had come to call the "Space Generation Model" of gravitation -- was correct or not. Observational data available in the 1980's was inadequate to give any indication one way or the other. In the last 20 years, however, data have slowly begun to accumulate involving comparisons of proper motion vs line-of-sight velocity dispersions in globular clusters. Though far from conclusive, these comparisons reveal a pattern predicted by the SGM.

Unlike these encouraging but still quite inconclusive observations, the results of the laboratory experiment would leave no doubt as to the SGM's viability. Since the model is a radical departure from both Newtonian gravity and General Relativity, it has been quite clear, therefore, that my highest priority should be to do the experiment myself or to convince other scientists to do it. I have been engaged in both endeavors up to the present time.