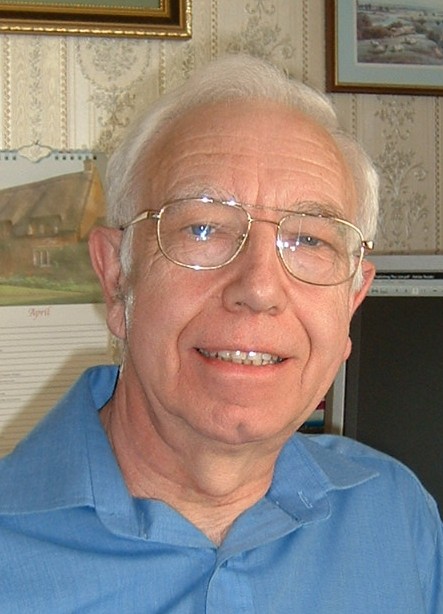 Robert F. Beck, born Walton-on Thames, Surrey, carried out his own private study of relativity whilst getting A levels in maths, applied maths and physics at Brooklands College, England, where he received the second year prize for physics in the 1964/5 session. He studied mechanical engineering for two years before opting for a career in town planning. Since what he believes to be Divine revelation in 2003, he resumed private study of relativity and other areas of physics. His autobiography is temporarily free to read on www.einsteins-revolution.com

Beck advanced rapidly in his career in town planning, eventually giving evidence at public inquiries concerning various types of development, one relating to the largest single development in Europe at the time. Seemingly unconnected to physics, he believes that the care needed to choose and consider words very carefully is significant to the problems in modern physics, where he thinks that words such as ?energy?, ?space?, ?time? and ?matter? are used without adequate care and consideration. He started writing on science matters in 2003 and publishing in 2004 (e-book followed by paperback of The Special Theory of Reality,). He has one unpublished paper, Everything in the Universe is Dependent upon Spin, and six submitted to the NPA. The first paper submitted to the NPA is based on his book but further developed to provide additional clarification of his own interpretation of relativity and explanations for the solar system and galaxies, and his second paper deals specifically with mass and the possibility of anti-gravity. Papers submitted in 2011 and 2012 deal with verifying evidence of his theory,  the true meaning of relativity, and science suggesting that reincarnation and related phenomena should no longer be considered as 'paranormal'.

He identifies some possible errors by Einstein, but is more concerned to show that relativity is universally misinterpreted, possibly even by Einstein himself.

Beck suspects that he has suffered from a mild form of Asperger's syndrome, which has driven him to determined creativity. He has designed and constructed buildings for himself or family at many locations, including the almost single-handed construction of over half of his present residence and many outbuilding, most innovative in some way. He has made much of his own furniture and restores furniture and other objects as a second profession, dabbled in oil painting and winemaking, and is now writing and publishing, also doing artwork for his books. His greatest passion is in the beauty of nature and all creation, with gardening and garden design as his favorite pastimes. He has three adult children, two sharing his interest in science, dominating the science prize at secondary school for three years, one going on to Imperial College and the other Cambridge. The youngest is a qualified lifeguard. He has a devout Christian wife, Susan, but unlike her prefers not to be a member of any Church because of their dogma. He has also written his autobiography, A Nutcase in the Universe. The latter is temporarily free to read on his website.  Evidence contained in his paper of 2012 poses the interesting possibility that he may be Epicurus reincarnated.