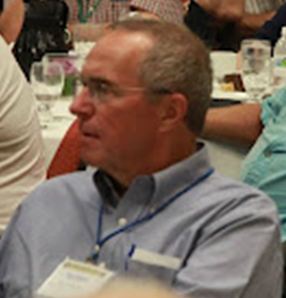 I have had a lifelong interest in science and engineering since becoming a ham radio operator at age 13, at which time I began building my own radio equipment.

I have earned B.S. and M.S. degrees in Electrical Engineering, hold four patents for electronic systems and am a registered Professional Engineer (California).

I served in the U.S. Air Force in the Space Operations career field, directing satellite control systems and on-orbit spacecraft operations.  I served as Commander of the GPS Master Control Station and Vice Commander of the Space Wing at Schriever AFB.   I also served in senior staff assignments managing space research and development programs at Hq. Air Force Space Command, Hq. U.S. Air Force and on the staff of the Secretary of Defense at the Pentagon.  I retired as a Colonel.

I then worked for Lockheed Martin Integrated Systems & Solutions as a senior program manager, strategic planner and chair of the Program Manager Certification Board.

I am presently enjoying semi-retirement with my wife on a ranch in the Black Forest area northeast of Colorado Springs.  I have served as Treasurer of Board of the Falcon Fire Protection District, and am presently serving on a Colorado legislative task force and the Board of Directors of my electric utility, a $100 million/year corporation.

With more spare time on my hands now, I have increased my reading and research in the areas of new energy generation technologies, space plasma physics and earth-sun electrical interaction, particularly as it may influence earth's weather.  I am also pursuing research and writing regarding quantification of scale as the fourth dimension of our universe.

I have served as the General Secretary and am presently serving as the Chairman of the Board of the Natural Philosophy Alliance.