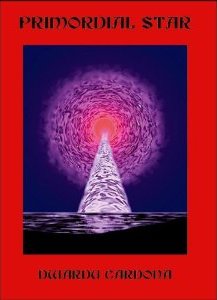 Various hypotheses have attempted to account for the formation of planets, the evolution of life, the extinction of the dinosaurs, the inception of ice ages, and various other ancient events. Unfortunately, the contradictions inherent in the sheer number of these theories hurls them all into a gladiatorial arena from which none of them has so far escaped unscathed. What the present work proposes is a single unifying theme that resolves all the above together with a few related mysteries. At bottom is the growing realization that Earth was adopted by the Sun from an entirely different system. 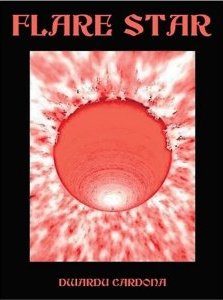 Following the hypothesis proffered in God Star, the prequel to this work, Flare Star sets out to show that Earth's last Ice Age came suddenly to an end due to the cosmic catastrophe that was caused by the proto-Saturnian system's entry into the present Sun's domain of influence. Very much as in God Star, this is partly demonstrated through the message contained in mankind's mytho-historical record. The main evidence for the above supposition, however, derives from the scars of the event that are still etched in Earth's land-masses and oceanic depths. Recent discoveries in astronomy and astrophysics also lend their weight in accounting for the detailed sequence of the devastation. Various enigmas that have bothered a range of disciplines are thereby elucidated. One of the greatest tectonic upheavals that humanity has ever experienced-encompassing geomagnetic field excursions, diastrophism, global volcanism, the heaping of the oceans onto the land, the extinction of life that followed, and much more-is provided with a catastrophic cause that has eluded researchers until now. The very concept of deity, the origin of which was traced in God Star, is here explored further since man ended up blaming his God for the source of the event that forever changed his world. 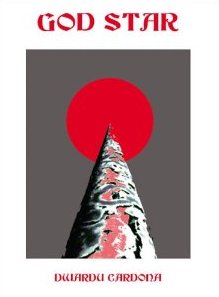 If controversial subjects are not your cup of tea, read no further and put this book down right now because what this work has to offer is revolutionary in the extreme. God Star sets out to show that the sky that ancient man remembers was entirely different from the one that now stretches above us. This is demonstrated through ancient texts from all over the world which deal with the astronomical lore of our forebears. As if with a single voice, these texts proclaim that the present planet we know as Saturn once shone as a sun in Earth's primordial sky. This claim receives credence through the fact that astronomers now view the planet Saturn as the remnant of what had once been a brown dwarf star. It also goes a long way in explaining why Saturn was considered the "ruler of the planets in mythology,"* and why the god of that planet is found at the head of every ancient pantheon on earth.

Astronomically, it is then deduced that Earth used to be the satellite of this proto-Saturnian sun, which mini-system then invaded the present Solar System, and that this transpired during the age of man. As bizarre as this scenario appears, it is lent credibility by the hard sciences through the unmistakable signs encountered here on Earth and also by what is constantly being discovered out in space. In fact, the likelihood that such an interloping planetary system might have been captured by the Sun is even now acknowledged by a new class of trailblazing astronomers. Thus, apart from the mytho-historical record, the theory presented within the pages of this book includes evidence from geology, palaeontology, astrophysics, and plasma cosmology. It also serves to elucidate various dilemmas that presently encumber these and other disciplines. What might be seen by some as of greater importance, the reconstruction of the primeval events that took place beneath the proto-Saturnian sun, goes a long way in disclosing the origins of religion, including the very concept of deity.

While, for the sake of scholarship, the book includes the odd technical tract, it is nevertheless written in a manner that will be readily understood by the intelligent layperson. In fact, it almost reads like a detective novel.