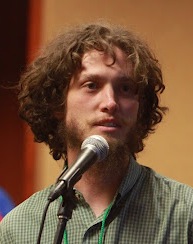 My name is Lee and I was born on Father's Day, 1983, in the state known as the "Land of Enchantment." My middle name, Field, is the subject of my work, the Unified Field Theory. My first name Lee also means Field in English. I am a third generation Gemini (i.e. my father and his father were also Geminis). I will point out the significance of the Unified Field Symbol which is not the Vesica Pisces as it is currently defined but a symbol which looks similar, called the Marriage Symbol. I graduated from a town whose name means "Noisy Water" in Spanish and scored in the top 99% in the nation for Mathematics on the ACT. I participated in student council, drama, and pole vaulting. After graduating from high school I received a scholarship to Tulane University where I studied Language and Anthropology. Leaving after only one year I studied Wildlife Biology for a semester at ENMU and then transferred to New Mexico Tech in a town that means "help" in Spanish. At New Mexico Tech I declared my major in Environmental Engineering, which department I worked in under Dr. Huang. I wanted to discover a way to help the environment but didn't know how to at that time. One night while at a party in San Lorenzo canyon (named after the Christian Martyr, St. Lorenzo Ruiz) I overheard some students talking about why an object supposedly can never exceed the speed of light. Eavesdropping on this conversation, I had an epiphany that caused me to remember an idea I had initially come up with during a lecture in High school Calculus class about the number 1/0. I wondered what it's definition might really mean in English. Based on the translation of this number into English I developed a Theory that says that Everything is possible and this is the Theory of Everything. Nothing is impossible, not even the possibility of exceeding the speed of light. Exceeding the speed of light, according to my theory, is actually what created the Big Bang.