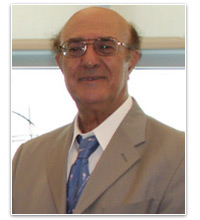 RUGGERO MARIA SANTILLI received the Italian equivalent of a Ph.D. in theoretical physics at the University of Turin, Italy, in 1966. The subsequent year he moved with his family to the U.S.A. where he remained ever since, by holding research, faculty or visiting positions at a number of academic institutions, including Harvard University, The Massachusetts Institute of Technology, The University of Miami, Florida, and others. Currently, he is the President of The Institute for Basic Research, a new, independent research institution in physics, mathematics and other basic sciences located within the compound of Harvard University. Santilli has taught physics at all levels, from prep courses, to advanced seminar courses for graduate students. His curriculum includes:

Professor Ruggero Maria Santilli received his degree of "Dottore in Fisica" from the University of Naples, Italy. In 1966, at the Graduate School in Physics of the University of Turin, he obtained the highest Italian degree, corresponding to the U.S. Ph.D. in Physics. He also held the chair of Professor of Nuclear Physics at the famous A. Avogadro Institute in Turin, Italy.

In 1967 Santilli was invited by the University of Miami, Florida, to conduct research with NASA financial support. In 1968 he joined Boston University as Associate Professor of Physics, where he taught Physics and conducted research for the U.S. Air Force, the latter of which led to his assuming the U.S. Citizenship.

In 1976 and 1977 Santilli was a visiting scholar at the Institute for Theoretical Physics of the Massachusetts Institute of Technology.

In 1983 he assumed the position of President and Professor of Theoretical Physics of the newly formed Institute for Basic Research, then located on Harvard Grounds, as well as Principal Investigator of several DOE contracts.

From 1998 to 2001 Santili occupied the post of Doctor of research of corporations in the U.S.A., Europe and Asia. Recently he retired while remaining affiliated with various academic and corporate research institutions in the U.S.A., Ukraine, Russia, China, Italy, and Austria.

Santilli is the founder and Editor-in-Chief of three journals: Hadronic Journal, Hadronic Journal Supplement and Algebras, Groups and Geometries. He is also Editor to several journals in Physics and Mathematics, and a reviewer/advisor to many other journals.