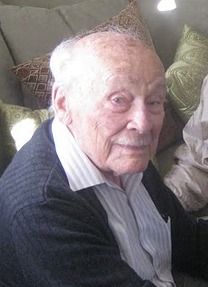 Evert Jan Post, of Los Angeles, who likes to call himself an "establishment physicist," nevertheless has been publishing very important and incisive criticisms of contemporary orthodoxy for over 30 years. Many consider his 1967 article "Sagnac Effect" (Rev. of Mod. Physics, V39, N2, pp. 475-493, Apr 1967) the most important explication ever made of this major phenomenon, crucial to many alternative theories and a never-ending source of embarrassment to orthodox theoreticians. He has also made important attempts to improve on standard quantum physics, such as in his Quantum Reprogramming, Kluwer, 1995.

Dr. Post first worked in Holland with interests in crystallography as applied to electromagnetic circuits. After working in industry for some time, he obtained his Ph.D. degree and worked with the Schouten school and the Kramer's school in Holland. In 2000 he will be 86, and yet is still very active in the field of Physics. During his life he has had many "chats" (as he calls them) with many of the great leaders of physics in the formative years of the quantum theory. His first hand stories were always intriguing to me, when we went out for a simple dinner of soup and salad at Alfred's restaurant in Houston.

His article on the Sagnac effect (Rev of Mod Physics) is what attracted me to Jan's work. Later I discovered his monograph "The Formal Structure of Electromagnetics" in which I saw the first definitive treatment of the Faraday effect, and its non-reciprocity. This idea was what I had been searching for, for if an experiment between EM and gravity was to work, it would have to accumulate data - like the Faraday ratchet - in order to measure very small effects.

The Jacksonian version of EM theory did not come close to explaining the features that were so clear in Post's expose. I used to call the small book, the "Tourist's Guide of Electromagnetism". The book is back in print now (Dover), and no one interested in EM should be without it.

After reading the Sagnac article I called Post (in Massachusetts at the time) and in a few weeks he showed up at my door in Houston, and stayed for several years. He taught me tensors, and I introduced him to differential forms a la Cartan. Over the years we have had many interesting interactions, and when I discovered the 3-form A^G of electromagnetic spin (1974) I know that he finally believed in the Cartan topological formulation of Electro-magnetism.

Dr. Post went on to use the de Rham theory to predict in 1980 the rational fraction Hall effect, and yet his publications - two years before the experiments - are never referenced, for he was not, and never will be, a member of the "everything must be quantum mechanics according to Copenhagen" clique that so dominates much of modern physics thinking. He keeps publishing several articles a year about the foundations of QM and applications of the topological view of Physics. One of his latest works is on Quantum Reprogramming from Kluwer. - Robert Kiehn