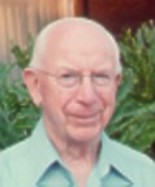 Dewey B. Larson (1898-1990) was an American engineer and theoretician born in McCanna, North Dakota. The author of several works on the fundamental  of the universe, Larson was the originator of the Reciprocal System of Theory, a comprehensive theoretical framework capable of explaining all physical phenomena from subatomic particles to galactic clusters. In this general physical theory space and time are simply the two reciprocal aspects of the sole constituent of the universe?motion. For more background information on the origin of Larson's discoveries, see Interview with D. B. Larson taped at Salt Lake City in 1984. This site covers the entire scope of Larson's scientific writings, including his exploration of economics and metaphysics.

His first publication, The Structure of the Physical Universe (1959) laid the groundwork for further endeavors. Updated and expanded in a series of volumes, Nothing But Motion (1979), Basic Properties of Matter (1988), and The Universe of Motion (1984), Larson presents an alternative paradigm of the universe where space and time are simply the tow reciprocal aspects of the basic componenet of the universe - motion. In other works, Larson enumerates the shortcomings of modern physical science, including critiques of relativity, quantum mechanics, and nuclear theory of the atom.