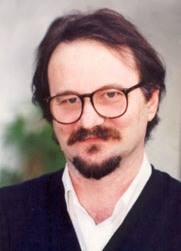 1947. Born in Smixi of Grevena in Greece

1970. Mechanical and Electrical Engineering degree from the Technical University of Athens (ΕΜΠ).

1970-1973. Graduate studies at the Business University of Athens.

1973-1977. Supervisor in the Developmental Program of Ground Waters of Thessaly.

1977-1985. Co-founded Hydrowatt Ltd with object relevant with the pump houses of ground waters based on a patent he co-invented.

1990-1995. Wrote the book "The Claim for Minimum Contradictions" published by Trohalia in Greek (220 pages, ISBN: 960-7022-64-5). This claim was the basis for all his later works. Starting point for writing the book and further works were basic philosophical matters related with the deterministic or in-deterministic perception, the ongoing interest around the G?del theorem, the basic issue of physics that is the unification of general relativity with quantum mechanics and the growing indication of Zero Point Energy.

1995-present. Wrote several case studies regarding the unified field and the Physics of minimum contradictions, as well as technological applications of this, of which he has presented in various conferences and published in international journals.

1995-2000. Wrote papers related to the unification of relativity theory with QM based on the unification of the physical meanings deriving either from relativity theory or QM. On these basis mater is space time itself which is stochastic and distributed according to the QM density probability function through a Hypothetical Measuring Field (HMF). Real space time corresponds to mass space while imaginary space time corresponds to change space the two of them being interconnected through photons. Space time operators and equations, mass and charge space time geometry and mater field intensity are defined.

The epistemological bases of these was G?del's work which however appeared to be inadequate treating contradictory systems.
After a warm introduction by Prof. A. Smirnov and Prof. G. Klyushin he collaborated with late Prof. P. F. Parshin and co authored an article related to the possibility of a unique axiom in physics which was a basic step for author's final work.

2000-2004. Wrote various versions of his theorem which is the core of his work under the patient and careful editing by Dr. C. K. Whitney, who made considerable corrections including changes in terminology.

2004-2008. Presented at NPA and PIRT conferences papers related to a minimum contradictions physics which is a space time QM deriving from the Claim for Minimum Contradictions. The Consequences of these papers are the same with the ones of his earlier works but are based on the Claim for Minimum Contradictions which derives from the theorem mentioned in his 2000-2004 works and which  is adequate treating contradictory systems.

He tried to show the interaction between the (g) with the (em) field and he made an asymmetric capacitor with zero potential casing which displayed a weight loss but without being always reproducible.