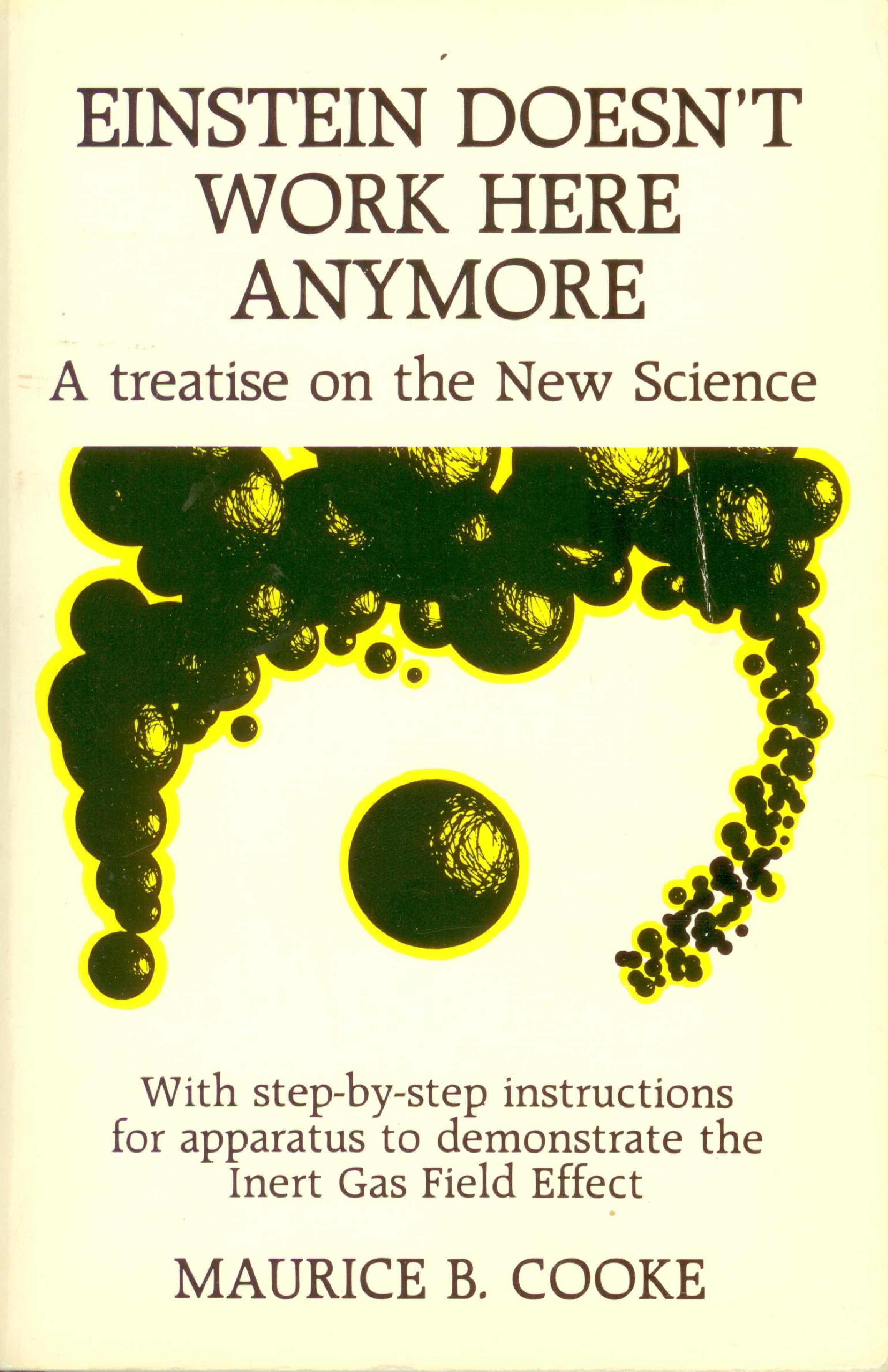 
Einstein Doesn't Work Here Anymore is one of the most unusual books you will ever read. It is the fruit of seven year of research and theoretical investigation by the author and two of his leagues - all of whom have been involved in various branches of physics for most of their adult lives.

the ideas offered here represent a radical departure from conventional thinking, and will elicit howls of protest from the 'old guard' of scientific establishment. Were it not for the fact that the experimetns described in this book show results which simply cannot be explained by orthodox science, the theoretical material might well be dismissed by anyone with a modicum of scientific education. Yet the experimetns are real, and can be repeated easily at relativiely little cost.

This book is a challenge to orthodoxy. The gauntlet has been thrown down. It is now for the defenders of the scientific mainstream either to explain the experimental results in terms of orthodox theories, or to admit that conventional science is sadly lacking in its ability to interpret the real world. In light of the material in this book, amny cherished notions of 20th century physics fall like ten-pins. Here is the casuality list:

In these pages you will find not only the thoeretical reasoning which led to the author's unorhtodox conclusions, but detailed, step-by-step instructions for building simple apparatus to demonstrate the existence of the inert gas energy fields. The last third of the book summarizes a number of medical case histories in which the inert gas fields were used - with surprising and encouraging results.

The book is not for everyone. Its appeal is to those who do not feel threatened by new concepts, and who can contemplate the demise of an entire theoretical framework and see only the thrill of advancing yet another step closer to the final truth of reality.

Read this book if you dare to. - Back cover