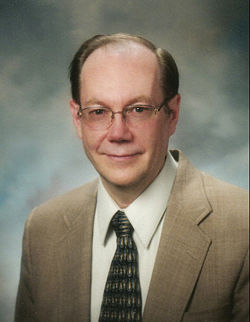 
Jerry Bergman has taught biology, genetics, chemistry, biochemistry, anthropology, geology, and microbiology at Northwest State College in Archbold OH for over 17 years. Now completing his 9th degree, Dr Bergman is a graduate of Medical College of Ohio, Wayne State University in Detroit, The University of Toledo, and Bowling Green State University. He has over 600 publications in 12 languages and 20 books and monographs. He has also taught at the Medical College of Ohio where was a research associate in the department of experimental pathology, and he also taught 6 years at the University of Toledo, and 7 years at Bowling Green State University.

Among his books is a monograph on peer evaluation published by the College Student Journal Press, a Fastback on the creation-evolution controversy published by Phi Delta Kappa, a book on vestigial organs with Dr George Howe (?Vestigial Organs' are Fully Functional), a book on psychology and religious cults, a book on religious discrimination published by Onesimus Press, and a book on mental health published by Claudius Verlag in M?nchen. He has also published a college textbook on evaluation (Boston, Houghton Mifflin Co.), and has contributed to dozens of other textbooks. He was also a consultant for over 20 science text books, mostly biology and biochemistry.

Dr Bergman has presented over one hundred scientific papers at professional and community meetings in the United States, Canada, and Europe. To discuss his research, he has been a featured speaker on many college campuses throughout the United States and Europe, and is a frequent guest on radio and television programs. His research has made the front page in newspapers throughout the country, has been featured by the Paul Harvey Show several times, and has been discussed by David Brinkley, Chuck Colson, and other nationally known commentators on national television.

His other work experience includes over ten years experience at various Mental Health/Psychology clinics as a licensed professional clinical counselor and three years full time corrections research for a large county circuit court in Michigan and inside the walls of Jackson Prison (SPSM), the largest walled prison in the world. He has also served as a consultant for CBS News, ABC News, Reader's Digest, Amnesty International, several government agencies and for two Nobel Prize winners, including the inventor of the transistor. In the past decade he has consulted or has testified as an expert witness or consultant in almost one-hundred court cases. A Fellow of the American Scientific Association, member of The National Association for the Advancement of Science, and many other professional associations, he is listed in Who's Who in America, Who's Who in the Midwest and in Who's Who in Science and Religion.