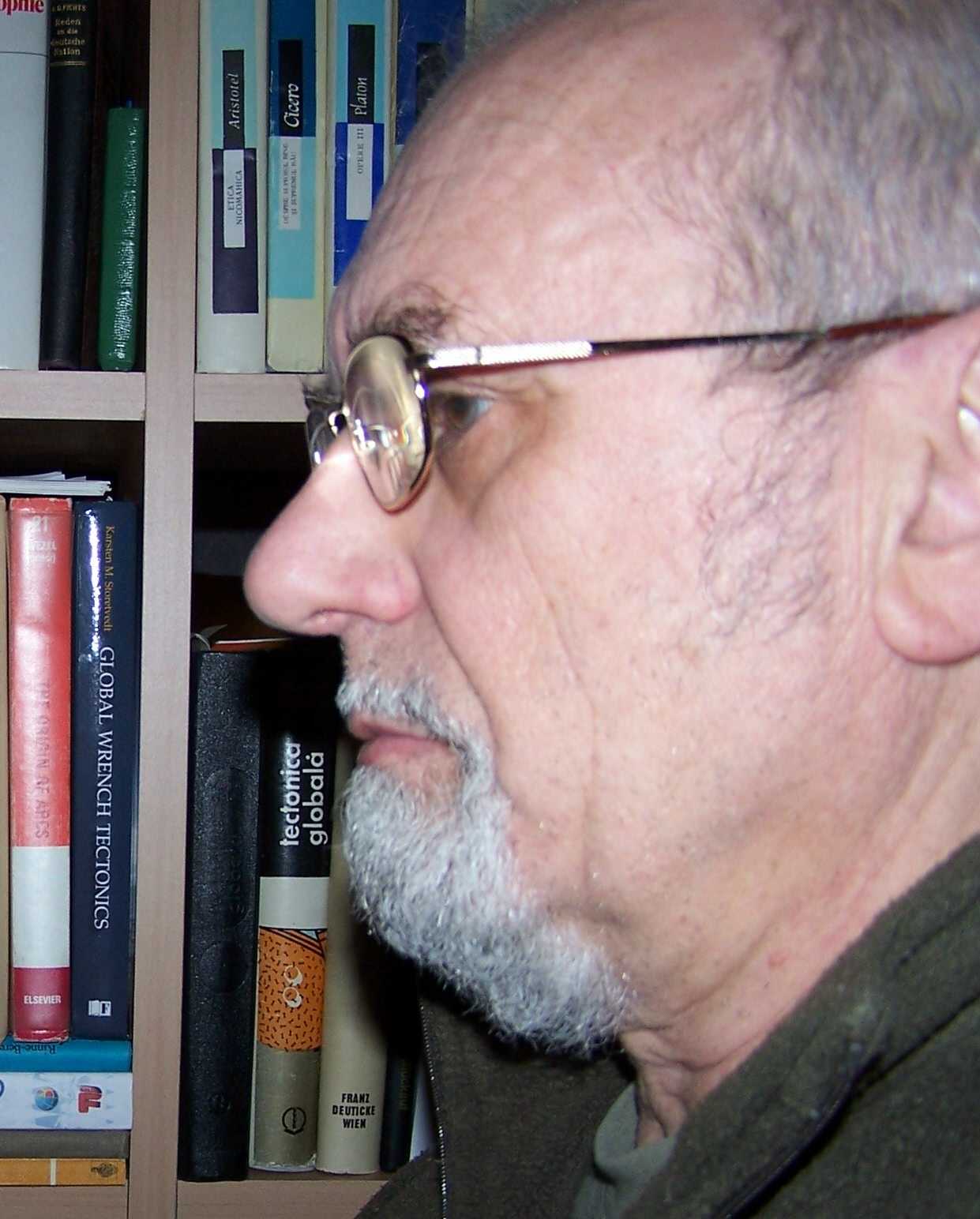 I am a geologist from Romania. I worked over 15 years in a geological enterprise for prospection and exploration, and then for another 17 years at the Geological Institute of Romania, where I dedicated myself to the study of metamorphic rocks and geotectonics. Since 2002 I live in Germany.

30 years ago I became acquainted with Carey's book ?The Expanding Earth? (1976), that impressed me profoundly. A prolific correspondence began between Professor Carey and me, culminating in his sending of a first draft of his manuscript for the book ?Theories of the Earth and Universe? (1988). Then, in 1990, I first came out at least as a sympathizer of Earth expansion, by publishing the article ?The importance of tanscurrence phenomena in mountain building?, that appeared in the Augustithis Volume ?Critical Aspects of the Plate Tectonics Theory?. I did this, knowing that it will do me no good at my academic workplace.

By 1991 I wrote a short note in French (? Expansion de la Terre et extinction des grands reptiles ? une possible connection ?), based on the assumption that the Earth is expanding at a constant mass and that the atmosphere is becoming less dense. It was based on an old conclusion drawn by E. & A. Harle (1911), that the pterosaur Pteranodon in the Cretaceous and the giant dragonflies in the Caboniferous could have flown only in a much denser atmosphere than today. In 1993 I attended the Symposium ?Frontiers of Fundamental Physics? held in Olympia (Greece), where I had the great honor to meet Professor Carey for the first time. I presented the paper ?An orogenic model consistent with Earth expansion?, that appeared in the Symposium Volume at Plenum Press (1994). One year later I attended a symposium on Earth expansion in Wroclaw/Sosnowka (Poland), where I met Polish and Russian expansionists (Koziar, Jamrozik, Czwojdzinski, academician E.E. Milanovsky a.o.) and presented the paper ?Uses and misuses of the concept of transform faulting? (unfortunately not published).

In 1997, after a long period of gestation, I finished my dissertation (in Romanian) and got my Ph.D. in 1998 (I've been told afterwards that some people tried to prevent this!). In the dissertation I presented for the first time a consistent hypothesis on orogeny that rejects PT and foresees the Earth expansion recognition. (Ph.D adviser Professor Seclaman: ?Above all, the thesis of Mr. Strutinski is provoking. It will arouse ripostes (it has indeed!), and will initiate new stimuli in the study of metamorphism and tectonics. And this may be the main contribution of the thesis to the progress of science.?) In 1998 I met the dissident geologic community at Tsukuba (?New Concepts in Global Tectonics?) and presented there together with A. Pu?te the paper ?Shear-belt versus compression tectonics: the testimony of regional metamorphism?, that was issued in 2001 in the journal Himalayan Geology under the title: ?Along-strike shearing instead of orthogonal compression: a different viewpoint on orogeny and regional metamorphism?.

My last paper in the field of geotectonics was a contribution to the Hilgenberg Volume ?Why Expanding Earth?? (2003). Together with two co-authors I gave a short overview on the main ?Geotectonic hypotheses at the beginning of the 21st century?. The paper presents also some of our last views on the subject. At the time being (2009), I am preparing an up-to-date version of the geotectonic hypothesis presented in my dissertation. Earth expansion is a pillar of it, only that in the meantime I dropped my old view of a growing Earth at constant mass.