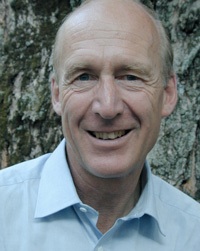 View count: 1
Buy it now
Absolute or Relative Motion?: Volume 2, The Deep Structure of General Relativity
by Julian B. Barbour

This is the second in a two volume series discussing the theories of Einstein, Newton and other ideas of late 19th and early 20th century physics as in-depth research and basis for Barbour's theory that time is an illusion. This volume gives a comprehensive survey of the major issues associated with the transition in our understanding of the nature of space and motion that came with Einstein's theory of general relativity. Einstein's work and thoughts are critically reexamined in their historical context of Mach's earlier reinterpretation of Newton's arguments for absolute space, and other ideas in physics of the time. Along with its new interpretations, this book is an excellent guide to the deeper philosophical implications of general relativity, and has much to contribute to the studies relevant to the current effort to create a quantum theory of gravity.

View count: 1
Buy it now
The Discovery of Dynamics: A Study from a Machian Point of View of the Discovery and the Structure of Dynamical Theories
by Julian B. Barbour

This is the first in a two volume series discussing the theories of Einstein, Newton and other ideas of late 19th and early 20th century physics as in-depth research and basis for Barbour's theory that time is an illusion. This first volume explains the history and philosophy that led to the development of classical dynamics by Newton, and then places Newtonian dynamics in the perspective of as yet unresolved questions relating to the basic concepts of space, time and motion. Most of the book is concerned with the preparatory work in astronomy and the mathematical study of terrestrial motions that made Newton's work possible, with the final sections analyzing Newton's own discoveries, his synthesis of a viable scheme of dynamics, and his introduction of the concept of universal gravitation. 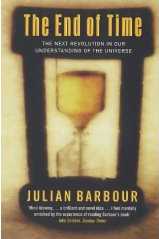 View count: 1
Buy it now
The End of Time: The Next Revolution in Our Understanding of the Universe
by Julian B. Barbour

In this book, theoretical physicist Julian Barbour describes the coming revolution in physics: a quantum theory of the universe that brings together Einstein's general theory of relativity (which denies the existence of a unique time) and quantum mechanics (which demands one).

This volume is a collection of scholarly articles on the Mach Principle, the impact that this theory has had since the end of the 19th century, and its role in helping Einstein formulate the doctrine of general relativity. 20th-century physics is concerned with the concepts of time,space, motion, inertia and gravity. The documentation on all of these makes this book a reference for those who are interested in the history of science and the theory of general relativity.

View count: 1
Buy it now
Absolute or Relative Motion?: Volume 1, The Discovery of Dynamics: A Study from a Machian Point of View of the Discovery and the Structure of Dynamical Theories
by Julian B. Barbour


This richly detailed biography captures both the personal life and the scientific career of Isaac Newton, presenting a fully rounded picture of Newton the man, the scientist, the philosopher, the theologian, and the public figure. Professor Westall treats all aspects of Newton's career, but his account centers on a full description of Newton's achievements in science. Thus the core of the work describes the development of the calculus, the experimentation that altered the direction of the science of optics, and especially the investigations in celestial dynamics that led to the law of universal gravitation.

Review
'This monumental scientific biography provides a masterly, well-documented summary of contemporary views of all the many facets of Newton's astounding wide-ranging career.' Nature

'The first detailed biography of Newton written by a professional historian of science who, over the years, has mastered the prodigious literature, weighted it judiciously, and still manages to reveal new insights by delving into the mass of Newton's unpublished writings. Westall has produced a work of major significance.' Science

'A monumental biography, and a delight to read.' The New Yorker