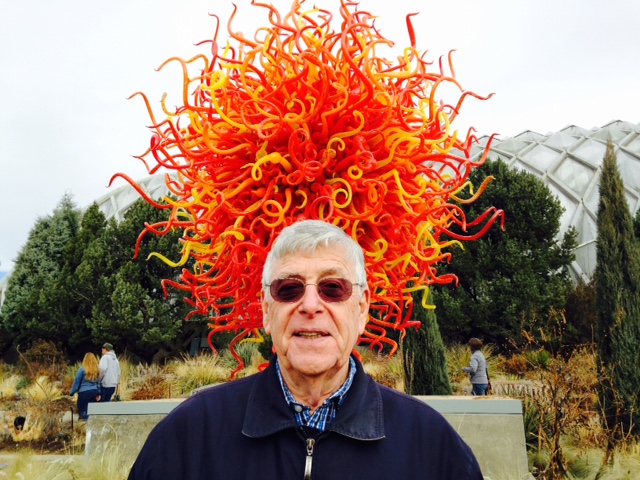 Some of my history as a critical thinker...

Bill Carnahan of Austin TX used to advertise in Popular Science that the Association for Pushing Gravity Research had a contest (Like the Gravity Foundation still does) for the best article on Pushing Gravity. I won the contest and gave my paper to the Austin Amateur Astronomical society meeting at the Austin Country Club. Bill liked me so much he made me the President of the APGR. This may have been in the 1980s? A couple years later the APGR had a meeting at a college in CA. I think it was the Orange Coast College which may now be Long Beach City College. I gave a paper there, too. John Chappell showed up and we had some lengthy talks after the meeting and then several communications later. I was working in the aerospace world and had a lot of work to do and John volunteered to help out arranging some further meetings. A physics Prof. at Colorado State in Ft. Collins, CO held regional meetings of the American Association for the Advancement of Science and John arranged with him to allow us to have a session in that meeting at Ft. Collins. I lived in Boulder at the time working at Ball aerospace. I think we renamed the organization the Natural Philosophy Alliance about that time. We later had another similar meeting with the same group at Flagstaff, AZ at Northern Arizona University. I think I may have relinquished my presidency to John around that time, due to pressures of my work. I was living in Phoenix then, working for KinetX on Iridium, and this was probably around the mid 90s.

Grote Reber, (inventor of radio astronomy) was a good friend of mine and Grote had some correspondence with John as well as with me. Grote came to visit me for a few days in Phoenix. We went to the meeting in Flagstaff and Grote and I and Paul Marmet gave papers on Compton effect red shifts and I on Pushing Gravity as well. Grote and I also toured the famous Lowell Observatory there. John later arranged an NPA meeting at U Connecticut. I was corresponding with Halton Arp a lot over the years (I had met with him at Pasadena before he had been kicked out and he had to move to Max Planck in Munich.). I told Arp about the Connecticut meeting and I was able to come down from a consulting job I had with Raytheon in the Boston area at the time. Paul Marmet was there and Arp showed up late and was glad to see us. Arp had come into the country for a reunion of his prep school and was able to give a talk. I also gave a paper there. John was in full control of the NPA then but was having insurrections in the group. John could be rather abrasive. He was pretty poor and was always scrambling for cash, and there arguments over funding the meetings. I left the group around that time. This must have been sometime around the early 2000s. I was "President of the APGR" but Bill Carnahan really was the organizer. Then I was President of the NPA and then maybe "honorary President" for a while, while Chappel took over?

I was also involved with the idea of the expanding earth. My pushing gravity theory predicts a mechanism for earth expansion. I had some extensive correspondence with S. Warren Carey and he sent me his manuscript of the book "Theories of the Earth and Universe, 413 pp., Stanford University Press. 1988" I gave him several comments, most minor which he incorporated, but instead of using my mechanism, kept the steady state universe theory theory of Tom Gold and Fred Hoyle as his mechanism.