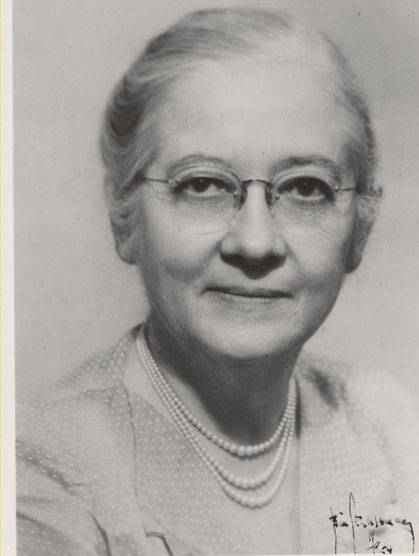 "Mildred Allen was an American physicist. With Erwin Saxl, she confirmed the ?Allais effect' when they measured significant variations in the period of a torsion pendulum during a solar eclipse in 1970.

"During the 1920s and early 1930s, Allen taught at Mount Holyoke, Wellesley and Oberlin College and undertook post-doctoral work at the University of Chicago and at Yale University. She began working with William Francis Gray Swann at Yale and continued work under his direction with the Bartol Research Foundation between 1927 and 1930. She also did research at Harvard University before becoming a professor at Mount Holyoke, where she taught until until retirement in 1959." - Wikipedia