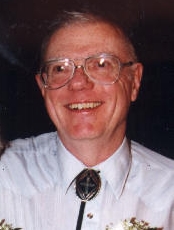 Howard Hayden is a Professor Emeritus of Physics from the University of Connecticut. A Colorado native, he entered the University of Denver as an engineering major, but soon discovered that he wasn t temperamentally suited to all that reality. He switched to physics and went on to earn his B.S., M.S., and Ph.D. at DU.

On receiving his Ph.D., he went to the University of Connecticut where he spent 32 years clasting icons and corrupting young minds. He did accelerator-based atomic physics, including measurements of cross-sections for various processes, measurements of energy loss in atomic collisions and of lifetimes of excited states, beam-foil spectroscopy, and ion implantation.

Hayden has a long-standing interest in energy, stemming from before the OPEC oil embargoes of the 70s. Presently, he publishes a monthly newsletter, The Energy Advocate, which in August 2007 began its 12th year of publication. He wrote The Solar Fraud: Why Solar Energy Won t Run the World. Reviews of the book have varied from praise to venomous hatred.

Hayden is not employed by any petroleum, coal, natural gas, nuclear-fuel, or any other energy company, or any utility, nor does he receive any compensation from any such facility, either as direct payment or as research support or any other kind of grant. His association with such scurrilous outfits is that he has to pay them for fuels and electricity, quite as if he were a normal human being.

In the interest of full disclosure, he reveals that his closest friends exhale CO2. Nary a one has paid for carbon credits for doing so. - Amazon