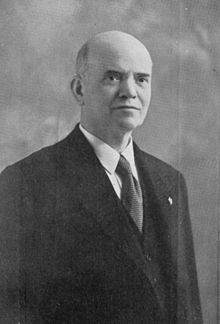 Quirino Majorana (1871-1957) was an outstanding Italian experimental physicist who investigated a wide range of phenomena during his long career as professor of physics at the Universities of Rome, Turin (1916-1921), and Bologna (1921-1934), Italy.

He performed a long series of very sensitive gravity shielding experiments from 1918 to 1922, which have never been reproduced. Marjorana's experiments determined that mercury or lead beneath a suspended lead sphere acted as a screen and slightly decreased the earth's gravitational pull. No attempts have been made to reproduce his results using the same experimental techniques. Other researchers have concluded from other data that if gravitational absorption does exist it must be at least five orders of magnitude smaller than Majorana's experiments suggest.

His later work at Bologna was influenced by correspondence with his nephew Ettore Majorana (1906-1938), a great physicist in his own right. - Wikipedia