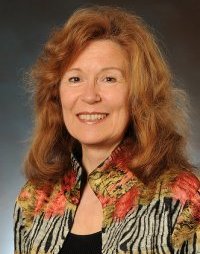 Studied chemistry and biophysics to learn the interdisciplinary ways of addressing living systems. She earned a Ph.D. in biophysics at the University of California at Berkley in 1979. Since then she studied and pursued research in consciousness studies, subtle energies, alternative and complimentary medicine, all of which are considered frontier areas that challenge the dominant biomedical world view.

Dr. Rubik has published over 50 papers on these and related topics and has addressed numerous audiences in the US and abroad. Her main interests are to reveal more of the mysteries of life, to realize more of the full human potential, and to heal the rift between science and spirituality.

From 1992-4, she served as a member of the Advisory Panel to the U.S. National Institutes of Health (NIH) Office of Alternative Medicine and was Panel Chair on Bioelectromagnetics. She was a member of the editorial board and contributing to two chapters in the 1995 NIH Report, Alternative Medicine: Expanding Medical Horizons. She is presently a member of the editorial or advisory boards of five journals, including the Alternative Health Practitioner, Alternative Therapies in Health and Medicine, and the Journal of Complementary Therapies in Medicine. In late 1995, Dr. Rubik left Temple University and founded the Institute for Frontier Science, a nonprofit corporation, to continue her work. In 1996, she was appointed to the advisory boards of a number of other organizations including the John Templeton Foundation and the Program in Integrative Medicine at the University of Arizona College of Medicine.

Dr. Rubik is most recently the author of Life at the Edge of Science, published by the Institute for Frontier Sciences. - IRI Institute