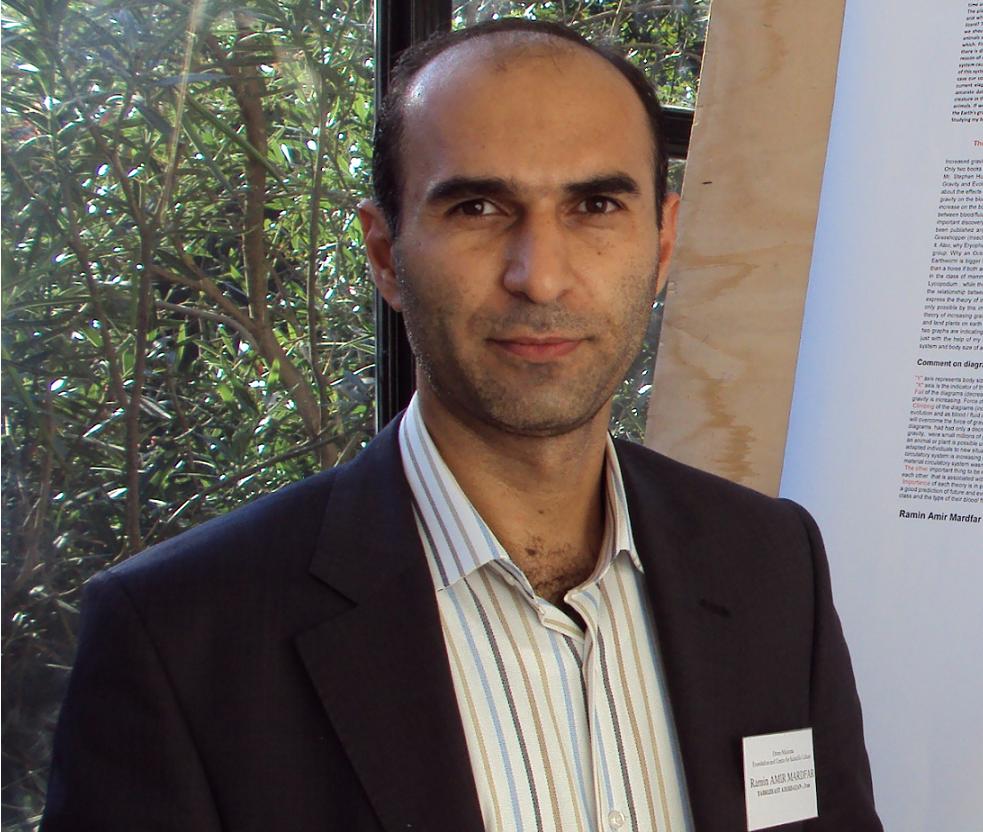 Ramin Amir Mardfar was born in 19 March 1971  in Tabriz, east
Azerbaijan province,  northwestern Iran.  He completed him  primary and
secondary studies in the same  city and started studies in1989 in plant
protection in Tabriz University. He has  continued his studies in the
field of Agricultural Entomology in the same University. Beside academic
studies he was  interested to the Evolution of animals/plants and the effect of gravity of Earth on them.  From 1990,
started to write papers in this field and nine until  of  them  have
been  published  in  scientific Journal. In the year 2000 and  2001 he
published two books with the titles "The relationship between Earth
gravity  and  animal  Evolution"  and  "The ABC  of  Evolution".
Married  in  2003  and  have one  daughter.