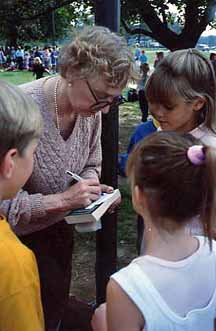 This is the story of a genius--the enigmatic and dramatic Nikola Tesla (1856-1943)--and his vast contributions to science. While Thomas Edison was thrilling engineers with development of the direct current motor, Tesla had already devised the far superior AC model which quickly became the worldwide industry standard. Tesla then set out to best himself by attempting large scale transfers of wireless electricity.
Tracing his life from its humble beginnings in Croatia, "Tesla - Master of Lightning" details his dramatic experiments with high voltages in New York and Colorado laboratories, his invention of radio, and his ground-breaking work in many other fields of science, including the fundamentals of computer and missile technology.

Many sidebars and 250 rare black-and-white images create an invaluable resource. Hailed by critics as the definitive work on Tesla.

View count: 1
Buy it now
Tesla: Man Out of Time
by Margaret Cheney

The best biography written on one of the most amazing men of the 20th century, or perhaps of all-time.

Nikola Tesla was one of the world's greatest inventors, and definitely its most mysterious. To say that Telsa was ahead of his time is putting it rather mildly. Most of his inventions were so advanced that the public had a difficult time grasping just how important they really were.

Although Marconi is often credited with the invention of radio, the real credit goes entirely to Tesla. A long-running battle between the two ended when American courts essentially invalidated Marconi's radio patent, and awarded credit for the invention to Nikola Telsla.

In addition to radio, Tesla also invented Alternating Current (AC), which is the form of electricity used to deliver power to most homes and businesses on earth. He also patented hundreds of other inventions, many of which are in use today. Others are yet to be understood by modern scientists.

Probably just as fascinating as Tesla's inventions was Telsa himself though. He was the original, real-life "mad scientist", and often discussed his invention of the "death ray" with the popular press. The world has never seen an inventor the likes of Nikola Tesla, and may never see one again. This book is a fascinating look at an amazing individual. - William Hefner, Amazon