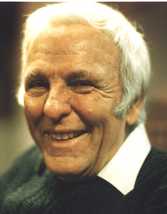 David Froning has worked on the leading edge of aeronautical and aerospace technology during most of his over 40 years of flying, engineering, science and experimental experience with the US Air Force, Boeing, Douglas, McDonnell Douglas and his own aerospace consultancy ? in aeronautical and space research in advanced aerospace science and technology and preliminary design, and develop- ment of aerospace vehicles and their critical energy and propulsion technologies.

Author of first peer-reviewed journal article on requirements-for and use-of vacuum zero-point energies for space power and space ship propulsion to almost the speed-of-light. (Journal of the British Interplanetary Society, Vol 33, No 7, July 1980).

Pioneering work for the US Air Force, NASA and European Space Agency; and National Science Foundation in the development of advanced energy and propulsion technologies for reusable earth-to-orbit and interplanetary vehicles.

One of the Founding Participant in the NASA ?Breakthrough Propulsion Physics Program?- where he?s focused on theoretical and experimental work on specially-conditioned electromagnetic fields for field power and propulsion.

Associate Fellow of the American Institute of Aeronautics and Astronautics (AIAA); Fellow (Emeritus) of the British Inter-planetary Society, Member of the AIAA Nuclear and Future Flight Committee and the AIAA Hypersonics Systems and Technologies Program Committee; and Past Scientific Committee Member of the International Academy of Astronautics (IAA) in the areas of interstellar studies and advanced propulsion.