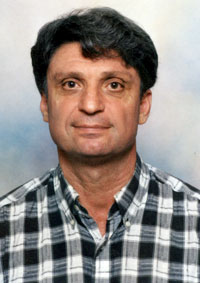 For 350 years physicists, astrophysicists, mathematicians and engineers and all others missed Kepler's Real time dependent solution that produced Newton's real time-dependent solution and these two new real time dependent solutions contained quantum mechanics as part of classical and deleted relativity theory in its entirety. Newton's- Kepler's real time dependent solutions explained relativistic effects as the difference between time dependent measurements (observer) and time independent measurements of moving objects (traveler) and in practice these two Mechanics equations explain relativistic as signal time delays or light aberrations visual effects. These New Newton's -Kepler's time dependent equations matched experimental results better than anything said or published in all of physics including 109 years of Nobel-prize winners physics and 400 years of astronomy. In 1973 I read relativity theory at age 15 along with Newton's-Kepler's ideas and found relativity theory is all wrong and also Newton's-Kepler's equations were solved in event time when I tried to make a real time Cartoon sketches of the progress of the Michelson and Morley experiment. In 1974 I realized that finding absolute motion in space is possible and a reference point or frame is not needed. In 1975 I learned to model visual effects and learned a lot about optics and light visual effects. In 1976 I learned that Newton's equations are wrong. I 1977 I found that all of physics is wrong because it is solved in event (past) time and I solved physics in real time and generated 1001 new real time physics formulas to change physics and the history of physics.

Famous quotes: If it does not fit in 3 dimensions, then it is not physics;meaning, Modern physics can be read from a physicist with Nobel Prize winner notes or your palm.