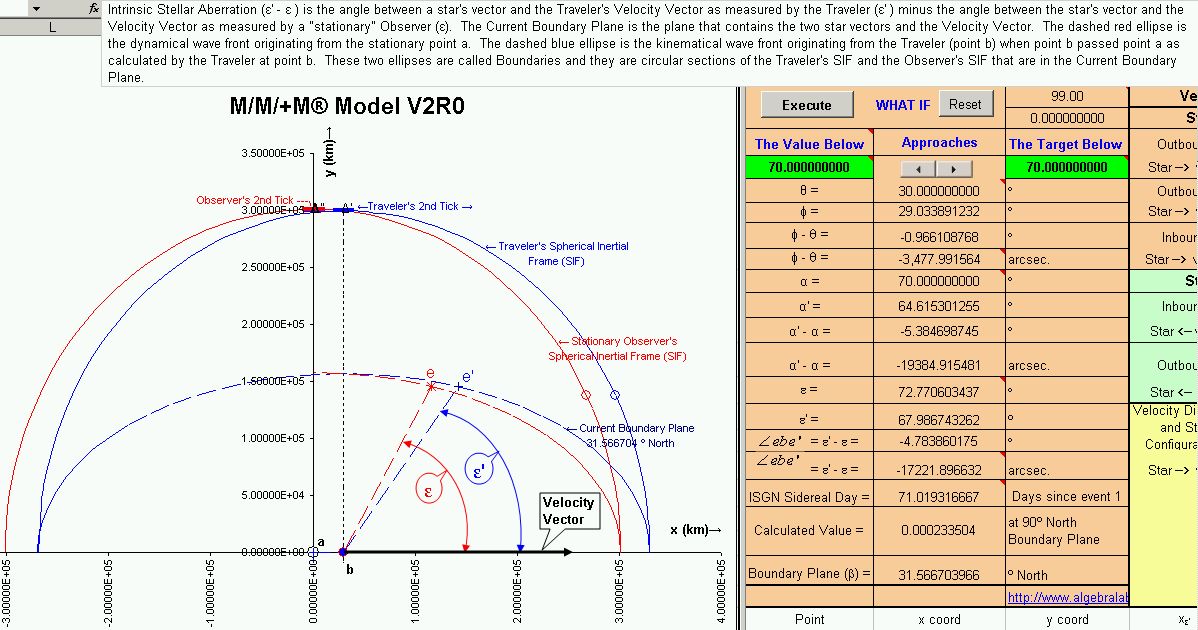 The "Best Stellar Aberration Model" demonstration will compare predictions against those of the three leading stellar aberration models: James Bradley's 1729 falling rain model, the model of Einstein's 1905 SRT, and the model described in the 2010 Astronomical Almanac (AA). The Best Model's predictions for celestial bodies near a zenith point and at sidereal angles other than 0 are much closer to the AA model's predictions than those of either the falling rain or SRT models. Their prediction of a constant aberration value near 20 arc seconds for every sidereal angle (i.e. during every day of a year) for a star near a zenith point is irrational and contradicted by empirical observations. The demonstration will also show that the 2010 AA model's prediction of a 20 arc second aberration for a star near a zenith point and at a 0 sidereal angle is irrational and not supported by actual observations. These conclusions have profound implications concerning the precise geometry and relationships between the kinematical and dynamical forms that are the cause of stellar aberration according to Einstein's 1905 Electrodynamics publication.