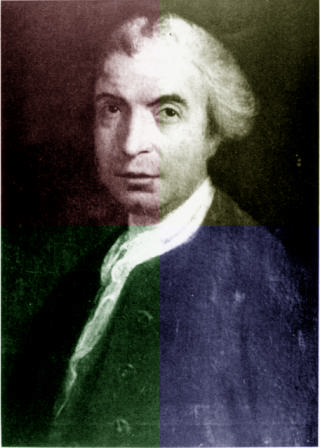 The University of Pavia, together with the Scientific Commission for the National Edition of Boscovich?s collected works and correspondence (the Italian National Academy of Sciences, the Croatian Academy of Sciences and Arts, the INAF - Astronomical Observatory of Brera, the Pontifical Gregorian University), is happy to announce an International Conference to commemorate the third centenary of the birth of the polymath Ruggiero Giuseppe Boscovich.

The Conference is sponsored by the Italian Ministry of Education, University and Research (MIUR) and the University of Pavia (1361). From 1764 to 1768 Boscovich was professor of Mathematics at the University of Pavia, in a ?golden? period that saw the flourishing of scientists like Alessandro Volta (1745-1827), Antonio Scarpa (1752-1832), Lazzaro Spallanzani (1729-1799) and Giovanni Scopoli (1723-1788). Today?s analysis of Boscovich?s work will take place in its appropriate context: the historic lecture halls of the University. On Thursday September the 8th an exhibition of Boscovich?s papers and books will be open in the Theresian Hall of the University Library (designed by Piermarini, architect of ?La Scala?, in 1772), on Friday the 9th there will be a visit to the University Scientific Museums and Collections and on Sunday the 11th a visit to the Brera Observatory in Milano, designed and completed by Boscovich in 1765.

Boscovich was born in the independent Republic of Ragusa (today Dubrovnik, Croatia). At fourteen he left the local Jesuit school for the Collegio Romano, where he became a Jesuit and a Professor. The contribution of his ideas to the advancement of knowledge in every field of eighteenth century science, from natural philosophy, with his original unitary force and atomic theory, to mathematics, astronomy, geodesy, was acknowledged by his contemporaries. Recent scholarship outlines the relevance of his research in theoretical and practical optics, placing him among the founders of modern refractometry and spherometry, and starts to analyse his deep interest in the field of electricity, a discipline wich was soon to be quantified along differing lines by Volta in Pavia and Coulomb in Paris.

Boscovich had a deep influence on the European scientific and philosophical debate. Volta quotes him in his first and fundamental work of 1769, but so do Kant, Faraday, Kelvin, Maxwell, Nietzsche, Boltzmann. A crater on the Moon has been named after Boscovich and today he is also seen as a forerunner of the Theories of Everything (TOE).

The Pavia Conference will be attended by the foremost international specialists on Boscovich?s studies and will enhance the results of other important conferences held in Dubrovnik (1958, 1961, 1987), Milan (1962, 1987), Rome (1988) and Vienna (2008). During the Pavia Conference the results of the Italian project for the digital publication of Boscovich?s collected works and correspondence as well the translation in Italian of some of his major works on natural philosophy will be presented.


About Pavia and its region
(with an audio-guide and a video).